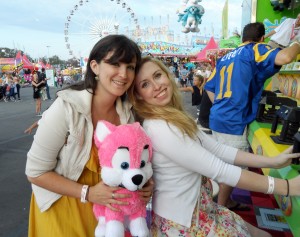 Summer may have officially begun three weeks ago, but the theme of this year’s OC Fair is “Summer Starts Here,” and who are we to argue about a local tradition that has been around for more than 100 years.

Opening on July 11 and running through August 10, the OC Fair is expected to draw well over 1 million visitors, who will enjoy a variety of midway rides and carnival games, exotic and decadent food purveyors, contests, exhibits, concerts and live entertainment, and much more.

Many favorite food booths and activities are returning to the Fair this year, along with a handful of new activities.

“New this year is the OC Brew Hee Haw, a craft beer roundup that’s happening on opening weekend,” said Robin Wachner, director of communications for the OC Fair. “There are four sessions over three days where people who are really into craft beer can come meet the beer brewers,” and sample more than 60 beers on tap.

Tickets to each session are $50 each. Visit ocbrewheehaw.com for more info.

Other new activities this year include the weekly Chef Challenge where two local chefs wage a culinary battle, a handful of celebrity chef demos, a nightly dance party, and a Wild West Turkey Stampede held August 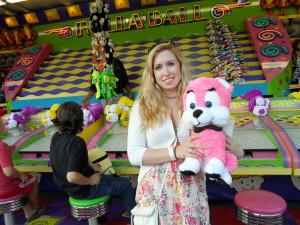 6-10, where fairgoers can watch turkeys race to the finish as they chase a mechanical turkey.

Wachner said there are also new rides, new competitions—basically “new everything,” she said. “So many little things are different.”

For details on the OC Fair, visit OCFair.com.

Children 5 and younger are free every day

$2 Taste of Fair Food: Sample select Fair food for $2 each, every Friday.

Shop ‘Til You Drop – Select vendors will offer special savings every Thursday.

OC Cities – Orange County residents can pick-up a coupon for $2 off full-price general admission from their local city halls or libraries. Coupon is valid for up to 4 people.

Under the Orange County summer night sky, fairgoers can rock out with artists including Deep Purple, The Offspring, The Go- Go’s, Little Big Town, Lifehouse and more.

In this aviation hangar-type building with a 50-foot arched ceiling, fairgoers can enjoy the best in tribute bands covering pop and rock favorites such as The Eagles, Elton John, and Prince.

History of the OC Fair

Shortly after Orange County was founded in 1889, the Orange County Community Fair Corporation was formed. This group put on a small fair in 1890 that included a horse race and a few exhibits in Santa Ana. In the ensuing years, several other groups held fairs with loose organization.

The first Orange County Fairs were primarily livestock exhibitions and horse races. At the turn of the century, a “carnival of products” was added and the Fair became an annual event.

Following WWII, the state purchased Army land and designated a portion for new fairground. The fair was held here for the first time in 1949 and became the permanent fairgrounds shortly thereafter.