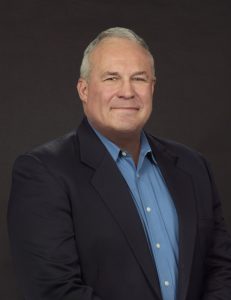 “I grew up in a Christian home, and as I grew, my relationship with my father became difficult. I never seemed to please him,” explained Newport Beach resident Stuart Leigh, author of “The House and the Hedge.” “Things because even more stressed when my father moved out of the family home and into an apartment in the city with his new girlfriend.”

“Over the next 18 months, he became despondent and tried to commit suicide by gassing himself,” he continued. “He was found in a dire condition and his recovery was slow and incomplete. He became more depressed and eventually committed suicide with a gun that I had previously dismantled and hidden. I felt like a total failure and my conflict with my father would never be resolved.”

Stuart said that his feeling of inadequacy drove him to over-achieve while also looking for approval from others. After a failed marriage, followed by two failed relationships and career changes, he found himself in a dark place and called out to God.

Stuart felt he experienced an epiphany after seeing the movie “Buck,” which helped him understand that his father’s background prevented him from showing Stuart the love he yearned for.

“I had the most amazing realization that God loves me for who I am,” Stuart said. “I knew I was fully loved for just 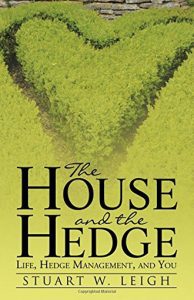 being me, as sinful as I was, and that I was to share that love with others, to project Christ’s love into the world. I discovered that many people, who have a seemingly together façade, have turmoil within them due to their own feelings of hurt and inadequacy. It was then I decided to write ‘The House and The Hedge,’ to help them take a Christ-centered path to healing their own wounds and feelings of inadequacy.”

Stuart explained that just as people build physical hedges, they build emotional and behavioral ones to control how much they let people truly know them. He hopes the chapters, diagrams, questions, information, stories and Bible passages will help readers develop a more meaningful relationship with God and encourage them to trim hedges that have kept others at a distance.  He said the main message in the book is about true forgiveness.

Some of the chapters in the book are: “Is there a God? The Truth for Those Who Trust Science;” “Why Should I Read the Bible, and What Can It Possibly Mean to Me?;” “God’s Gift to Us – Forgiveness, Mercy, and Grace;” “Learning to Forgive;” and “Hedge Trimming – How to Maintain Your Balance as Life Happens.”

Stuart said the response to the book as been good, and he is excited about people being helped by what he has learned from his challenging, and often painful, life journey. “The hardest part of writing a faith-based book is to gather the courage to put myself ‘out there’ and run the risk of readers not liking the book,” he said. “God has led me gently through that process and I am now in a far better place to take good and bad critique with God guiding my heart. It is my prayer that God will use this book to good effect in all who read it.”

Stuart spent most of his youth in Johannesburg, South Africa, with three years in Zambia before moving to America. He is a Christian senior business executive who has managed businesses in both in South Africa and the United States.

He and his wife Teri enjoy sailing and spending time with family, especially their grandchildren.

“The House and the Hedge” is available at thehouseandthehedge.com, Amazon and Google books.