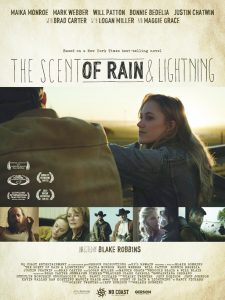 The Midwest-set mystery, “The Scent of Rain and Lightning,” evokes drama and intrigue in a small town.

A convicted killer released from jail proclaims his innocence while terrorizing the people who framed him, setting into motion a series of events that uncover scandalous family secrets, failures of the original police investigation, and ultimately the shocking truth.

This film has it all: secrets, revenge, grief, and redemption. It’s a must see if you have the chance.

“The Scent of Rain and Lightning,” based on the bestselling novel of the same name by novelist Nancy Picard, screens Friday, April 21 at 8 p.m. at The Triangle, and Monday, April 24 at 4:15 p.m. at Edwards Big Newport.