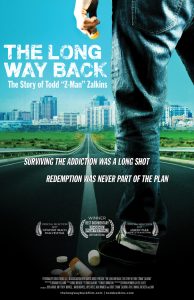 “The Long Way Back” is a train wreck of a movie—but it’s one of the most compelling and scary train wrecks you will ever see, and punches you in the gut with the reality of one of the most deadly and preventable diseases in the country: opioid addiction.

Directed by Richard Yelland and produced by Mike Meeker, this documentary recently took top honors at the Phoenix Film Festival. If you know anyone who is at risk of drug abuse or has a history, this is a 2017 version of the classic movie “Scared Straight.” It’s an anti-drug movie wrapped around a rock star biopic.

That rock star is Bradley Nowell, one of the founders of the rock group, Sublime. This movie tells the story of how Nowell was involved with the Long Beach rock/ ska/ drug movement which began in the late 80s, until his untimely and premature death in 1996 at age 28.

During those years, a number of rock groups abused every drug they could find, killing many of them. One of the former rockers featured in the movie shares that he has been to “two or three funerals every year since the 90s.” 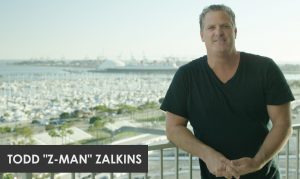 “The Long Way Back” primarily tells the story of Todd “Z-man” Zalkins, 48, who spent 17 years as a drug addict. When Nowell died, many of the Long Beach punkers were scared into sobriety, but Zalkins went deeper into addiction and accelerated his 17-year plunge.

Clean since February, 2007, Zalkins now speaks nationwide to anyone that will listen, especially kids. He also has become the surrogate father to Nowell’s son, who was born the year his father ODd. Jakob Nowell, Bradley’s son, had to battle his own demons and was fortunate enough to have many former abusers help him get clean.

“The Long Way Back” shows many local sites you will recognize, from Long Beach to San Clemente. Not only does it bring a personal level to locales, but the movie creates a personal story about the dangers of opioid abuse.