It’s almost here — amid the slamming of lockers, stashing of alarm clocks, and stocking-up of Coppertone, summer is about to make its appearance. At our house, my third-grader can tell you, with certainty, that as I write this there are 19 more days of school, since today was “G” day on the alphabet countdown.

However you are counting down, or planning to spend your upcoming free and easy moments, with the most welcomed season just around the corner, it may be time to start considering which books will make this year’s beach reading list. 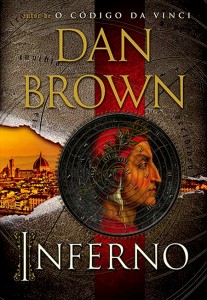 In a sea of so many great reads, and more than a few duds, it can be hard to decide which books are summer worthy. This year, however, offers a few much anticipated and just-released books that are sure not to disappoint. Written by authors who have proven themselves, and garnered a loyal following based on their past triumphs, here are three books every reader should plan to check out (pun intended.)

First on the list is Dan Brown’s new novel, “Inferno.” The latest in the author’s popular Robert Langdon series (think “The DaVinci Code,”) “Inferno” took Brown three years to complete, and this time, takes our hero to Florence, Italy, where he is hot on the heels of another madman.

In this tale, Langdon’s nemesis is an evil genius, inspired by Dante Alighieri’s “The Divine Comedy,” more commonly known as “Dante’s Inferno,” to unleash a new scientific creation that has disastrous destructive potential. As in Brown’s other volumes, this will lead Langdon – pretty lady by his side – on a hunt through art, history and symbols as he tries to solve the riddle before it’s too late.

Described by the New York Times as a “book-length scavenger hunt,” this is a good choice for anyone who likes a little mystery and intrigue.

Next up is “And the Mountains Echoed,” by Khaled Hosseini. Responsible for giving us both “The Kite Runner” and “A Thousand Splendid

Suns,” Hosseini is an author who has proven himself to be capable of writing beautifully told tales that are at once heart-wrenching and hopeful. His powerful prose has made his previous two novels not-to-be-missed reading experiences.

In his newest offering, listed as Amazon’s Best Book of the Month for May, Hosseini explores the bonds of family, and how the choices we make, both large and small, can have a ripple effect throughout generations.

Spanning a half-century, and following its characters across the globe, this book is a series of stories within the larger master story which explore how we both love and let down, rescue and betray the ones we love.

If you are looking for a story that will grab you in the gut, and resonate emotionally, this is probably the book for you.

Last in the line-up is Jeannette Walls new book, “The Silver Star.” Slightly less well-known than the other two authors mentioned here, Walls is the writer who brought us “The Glass Castle,” an incredible memoir of her life growing up in extreme poverty with eccentric parents, and the remarkable true-story of her no-nonsense grandmother’s eventful life, “Half Broke Horses.” 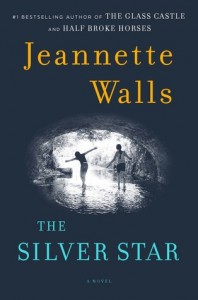 While these first two books drew upon either her own experiences, or her family history to tell their tales, “The Silver Star” is her first work of true fiction.

Set to be released on June 11, the book opens in California in 1970 as twelve-year-old Bean Holladay, and her fifteen-year-old sister Liz are left to fend for themselves when their mother leaves to “find herself.”

Navigating the challenges of the adult world, Bean proves herself to be an indomitable young lady, and “The Silver Star” will surely prove to be another tale of triumph over adversity.

So, here’s to summer – and whatever good stories it brings!

Edie Crabtree is an avid reader and mother of three active boys.  She can be reached at [email protected]