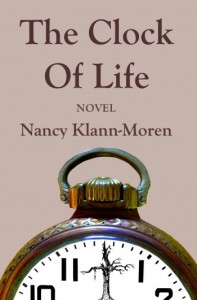 Each beat of your heart is like a tick on the clock of life, each hour making up a chapter, until you have a tapestry woven together from ticks and tocks – mistakes, wisdom, and experiences bound together to form a life story.

In Nancy Klann-Moren’s novel, “The Clock of Life,” we meet Jason Lee Rainey, a young boy growing up in the 1980’s in the small southern town of Hadlee, Mississippi. Raised by his single mother, Cassie, after his father was killed in Vietnam, Jason Lee is on a journey to learn not only who his father was as a man, but who he himself is, and whether or not he has the constitution to be the man his father would want him to be.

Although the book takes place in the era of neon clothes and the moonwalk, the setting makes it feel as if the story is unwinding a couple of decades earlier. Not exactly on the cutting edge where much of anything is concerned, Hadlee, Mississippi is still a place where folks gather in town on the weekends to do their shopping. A place where men fraternize at the hardware store, women gossip over a cup of coffee at the diner, and where it is hard for a little white boy with a dead daddy to be friends with a little black boy.

Since his mama is a private person who finds it difficult to open up about the past, especially his father, Jason Lee turns to others on his quest to learn about his daddy, J.L.  Through stories told by others, including his father’s best friend, Wally, Jason Lee begins to piece together what a remarkable man his father was.

While he was killed in the same “conflict” in Vietnam that also incapacitated Jason Lee’s Uncle Mooks, J.L. Rainey first discovered conflict in himself when he found that he couldn’t stomach the South’s attitude about race. Never one to shy away from anything, J.L. became involved in the civil rights movement, even participating in the march from Selma to Montgomery with Dr. King.

His involvement in the cause paved the way for the son he would never get to know to one day be able to form a deep bond of friendship, against all odds, with a black boy named Samson Johnson.

In a passage from the book, Jason Lee, who was being tormented for his friendship with Samson, said, “Our friendship happened in an instant and felt as comfortable as an old pair of sneakers…Even so, I slowed when we got close to school, thinking [the bullies] might spot us. But then I remembered my daddy got forty-seven stitches across the back of his shoulder so Samson and I could be friends. I mustered up the courage to run and catch up, to walk beside him.”

As Jason Lee grows older, and his friendship with Samson deepens into a brotherhood, we begin to see more and more what the consequences of going against the grain in a place like Hadlee can be. As he simultaneously reaches the pinnacle of his quest to know his father, and begins to truly come into his own, tragedy strikes, and the life that Jason Lee has known begins to unravel. It is at this point that he truly finds what he is made of, and discovers that he is, after all, his father’s son.

Rich with vibrant characters, Klann-Moren’s tale shines a light on how two pivotal events in our nation’s history – the conflict in Vietnam, and the Civil Rights Movement, shaped the lives of everyone in this small town.

Brought to life by a first-class storyteller, “The Clock of Life” is one of those books I was sad to see end.  As the story’s clock ran out, however, I didn’t regret a single one of the ticks and tocks we spent together.

A finalist in the 2013 Next Generation Indie Book Awards, “The Clock of Life” can be found on Amazon.com.