When our phone call ended, I sat in silence for a moment. It’s not every day one talks to such a remarkable person. I tried to imagine the memories he shared:  that day in the doctor’s office, and the day at theater camp.

Or the time in high school in when he signed up for auto mechanics. Before the teacher opened his mouth, Joseph Kibler could feel his uneasiness looking at the wheelchair in which Joseph sat. Perhaps drama would be a better choice he was told.

He is now grateful for the insult.

“[Drama] was the one place I could be something other than the disabled kid,” Joseph told me.  That summer he went to theater camp. The first day there was an exercise; get in a circle and tell the group something you have never told anyone before.

When it was Joseph’s turn he took a breath and in front of thirty people said, “My name is Joseph Kibler and I am HIV positive.” 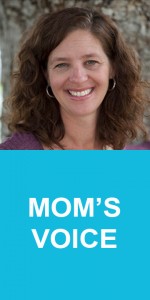 Joseph told me, “HIV is entirely different obstacle than being disabled.” Despite his fears, the circle dissolved as his fellow campers surrounded Joe with hugs and reassurance. “They didn’t care. They stayed my friends.”

“I needed to let the world know who I was,” he added.

Joseph and his twin John were born in 1989, HIV positive. Their father contracted the virus as a result of an affair he had just a week before their parents’ wedding.  John died when he was 15 months old, and Joseph wasn’t expected live to his fourth birthday.

No one knew that what appeared to be Cerebral Palsy was the result of neurological and physical damage done by the HIV virus.

In order to protect her son and keep him in school, Joseph’s mom, Laura kept his condition a closely guarded secret. Even little Joe was unaware of his true diagnosis. Laura did not have a chance to tell her son in the way she had planned. A doctor let it slip out when he was 10 years old and it was on the car drive home from the appointment, that mom explained everything.

The next seven years were “very trying,” Joe remembers. On top of the regular challenges of being an adolescent, and confined to a wheelchair, he had an enormous secret.

Some people in Joseph’s shoes would be bitter at the world, have no hope. But Joseph has hope exuding from his pores. He leads by example, dispels myths and overcomes great obstacles.

After painstaking efforts, Joseph traded in his wheelchair for a walker, and graduated to crutches. At 18, he took his first steps with a cane. He wasn’t supposed to be alive, much less walk. He dreamed of completing the 6.2 mile AIDS walk in LA. Despite setbacks of all varieties during his training, Joseph continued to walk on.

“Walk On” became the name of the documentary which will celebrate its world premiere next weekend at the Newport Beach Film Festival.

It began as a small project. After graduating film school (yes, add that to his list of achievements) Joseph wanted to make a public service announcement about the AIDS walk.  While interviewing people about why they were doing the walk and highlighting their stories, he enlisted the help of one of his former film teachers, Mark Bashian. But Mark saw the entire project differently.

“You’re the story.” He told Joseph.

“It never occurred to me,” admitted Joseph. “I had to step out of myself. Mark could see the bigger picture. I saw other people; he saw me.”

Mark, produced, directed, and edited “Walk On.” He said, “Working on this project has made me a better man to my friends, my family and my students.”

Joseph’s secret to being able to walk on despite life’s challenges. “If you think you have the worst, you haven’t looked hard enough.”

“Walk On” is a film that inspires, educates and reminds each of us of the power of friendship and potency of the human spirit.

After the film, join Mark Bashian and Joseph Kibler for a Q & A, along with actor Alfred Molina who did the 6.2 mile walk alongside Joseph, “offering his support, conversation and personal experiences.”