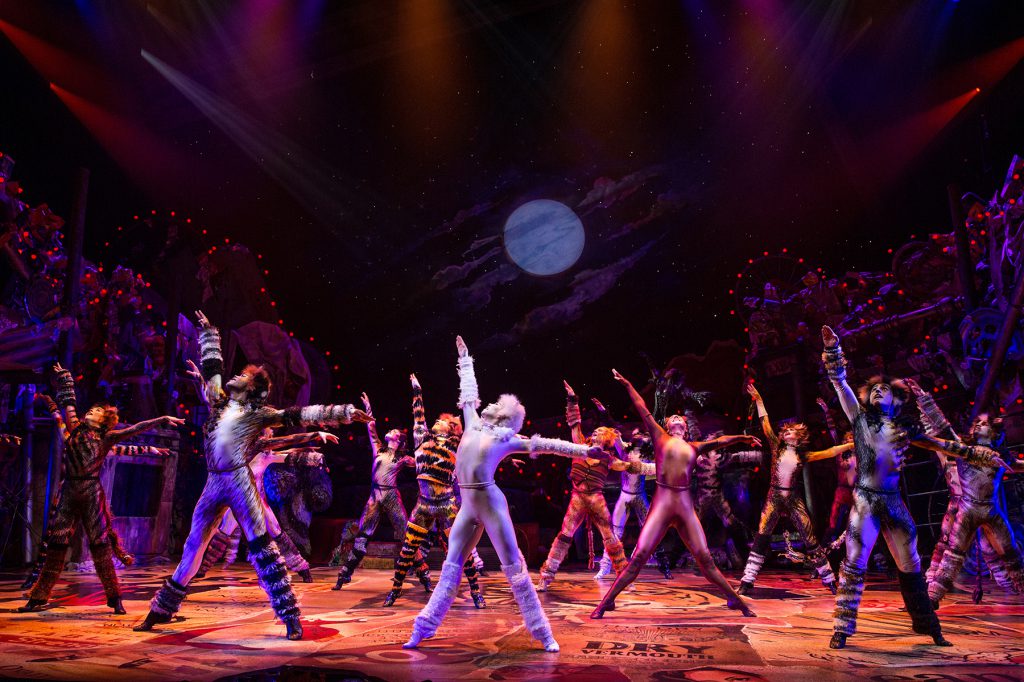 The Broadway musical “Cats” has had at least nine lives since it opened at Broadway’s Winter Garden Theatre in 1982. Composed by Andrew Lloyd Webber and based on T.S. Eliot’s “Old Possum’s Book of Practical Cats” (which never made its way on my “must read” list), “Cats” ran for 18 years and logged 7,485 performances. It won seven Tony Awards including Best Musical. Both the original London and Broadway cast recordings won Grammy Awards for Best Cast Album. The hit song from “Cats,” “Memory,” has been recorded by more than 150 artists from Barbra Streisand and Johnny Mathis to Liberace and Barry Manilow.

“Cats” returned to Broadway in July of 2016. It closed on December 30, 2017 after 16 previews and 593 regular performances. The creative team for this new production of “Cats” included choreography by Andy Blankenbuehler, who won a Tony Award for his choreography of another famous musical, “Hamilton.”

Since its world premiere, “Cats” has been presented in more than 30 countries, has been translated into 15 languages, and has been seen by more than 73 million people worldwide.

That number has gone up: a new national tour of the Broadway revival of “Cats” arrived at Segerstrom Center this week, where it runs through this Sunday, April 14.

It’s been a few years since “Cats” has slinked its way to Orange County, so this return engagement is most welcome. Based on the purr-fectly exuberant production I saw on Tuesday night, “Cats” still has the power to entertain on a grand scale thanks to the superb cast of dancers and vocalists—not sure if they’re dancers who can sing or singers who can dance, but each actor is excellent in both departments.

The actors portray cats, complete with elaborate costumes and makeup. The concept is simple: “Cats” follows a tribe of cats gathered for their annual Gellical Ball, where in addition to singing and dancing, they select one member of the tribe to go to the Heaviside Layer (heaven).

There really is not much of a plot, but then who cares—it’s such a joy to watch these dancers/singers in action. The musical numbers range from cute to melancholy to joyful, and the dancing is virtually nonstop.

There are some memorable moments, and songs, in “Cats.” 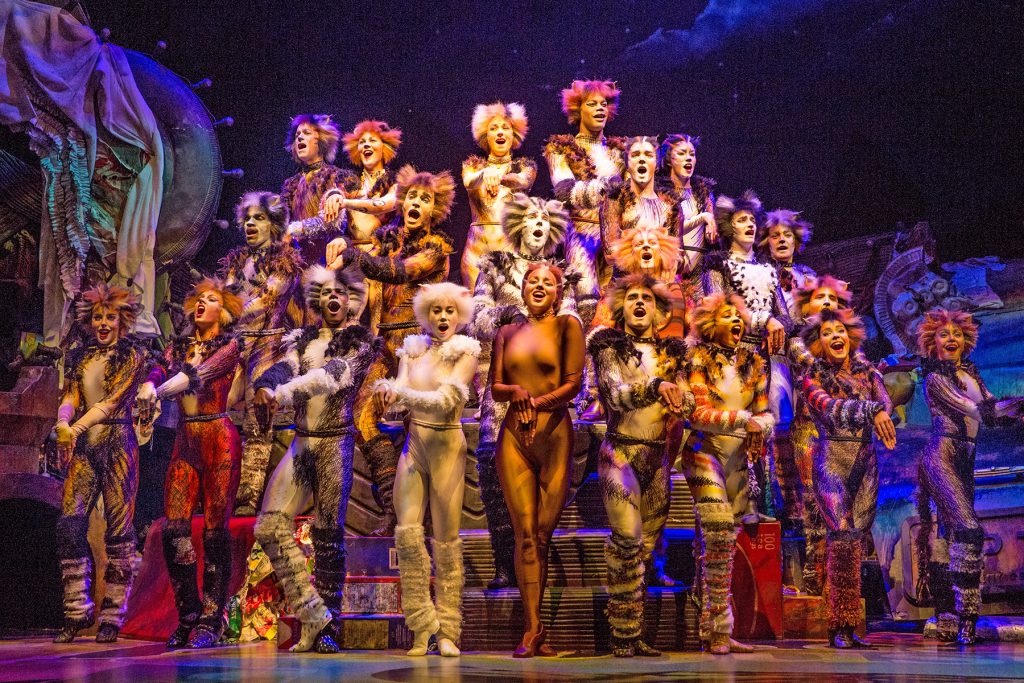 McGee Maddox has fun with his roles as Rum Tum Tugger, an Elvis-like cat whose moves delight the fawning felines, while the team of Tony d’Alelio and Rose Iannaccone as Mungojerrie and Rumpelteazer are a delight to watch.

There are back to back show-stopping moments at the end of act 2.

Tion Gaston is an athletic marvel as Magical Mister Mistoffelees, who commands the stage while wearing an illuminating outfit that continuously changes color.

Immediately after his spectacular dancing, which garners hearty applause,  Keri Rene Fuller slowly walks on stage and belts out a heartfelt rendition of “Memory” that nearly brings down the house.

Tickets are limited, so visit the Segerstrom website at SCFTA.org and snag some before they’re all gone.

Prior to seeing “Cats,” my friend Della Lisi and I dined across the street at Seasons 52 restaurant. Della is health-conscious and Seasons 52 is the perfect place to go that accommodates almost any diet—including my “see food” diet.

And of course, we each had a “mini-indulgence” dessert ($3 each). Della had the Strawberry Rhubarb Cheesecake with strawberry rhubarb compote and a housemade sugar cookie (260 cal), while I had the Key Lime Pie with pecan crust and toasted meringue (300 cal).