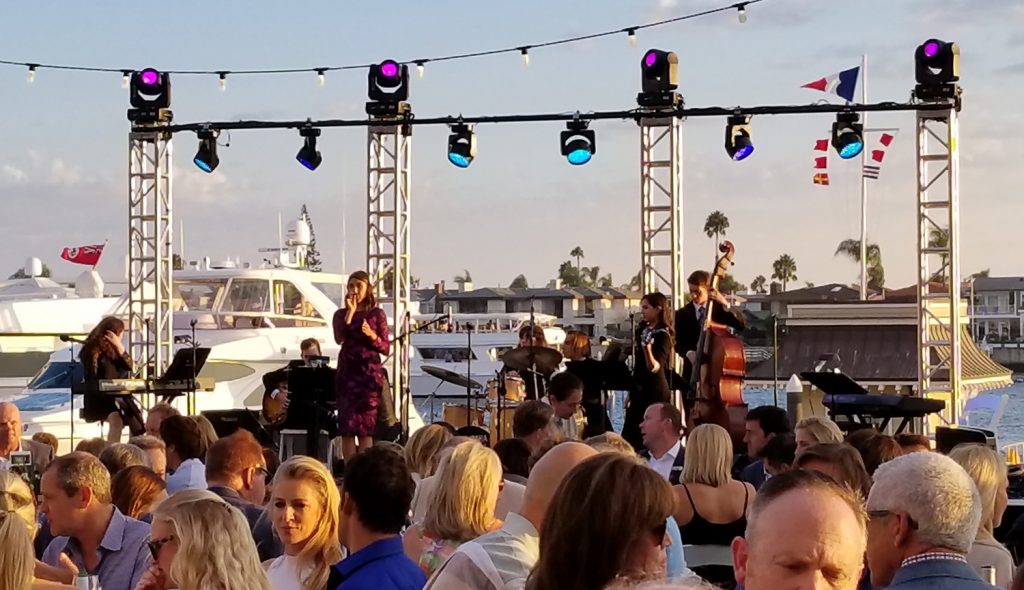 Where are the future Broadway stars? They’re attending the Orange County School of the Arts.

OCSA kicked off its 2017-18 season with a beachfront concert at the Balboa Bay Resort on Sept. 9 starring Broadway star (and OCSA alumna) Krysta Rodriguez performing a handful of songs from noted musicals alongside a dozen talented Musical Theatre Conservatory students.

Nearly 300 guests attended the fashionable soiree, which began with a cocktail reception set up on the lawn next to the Resort’s sandy beach looking out to Newport Harbor.

High-top tables were draped in a Damask pattern of light blue and navy linens reflecting the blues of the bay and afternoon sky. Tray-passed appetizers including coconut lobster, wild mushroom vol-au-vent and andouille sausage en croute.

At 6:30 p.m., guests took their seats at white round tables topped with velvet navy napkins and centerpieces of purple alstroemeria, blue thistle and nandina in fabric-covered vases that matched the Damask linens used during the reception. 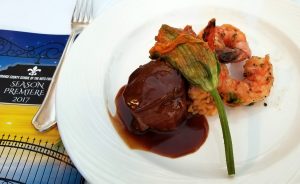 While the jazz group continued to play, guests enjoyed a lobster bisque with crawfish, lobster and bay shrimp, followed by an entrée of delicately seared filet mignon in red wine reduction and grilled jumbo tiger shrimp with jambalaya rice and ratatouille-stuffed squash blossom.

After dinner, Krysta Rodriguez took the stage in a red pant suit and delighted the audience with stories and songs from her career on Broadway and television (“Smash”), as well as her time at OCSA.

Dressed in jewel tones, OCSA students accompanied Rodriquez in a performance of “It Won’t Be Long Now” from “In The Heights,” an a cappella version of “Hallelujah” by Leonard Cohen, “Bye Bye Blackbird” in the style of Liza Minnelli and “My Strongest Suit” from “Aida.”

One of the 12 students that performed with Rodriguez was Newport Beach resident Olivia Rybus, a senior at OCSA who explained after the show ended that she was chosen based on her performance last year.

“This has been an incredible opportunity,” she said excitedly. “We started rehearsing in August and have had intensive rehearsals every day. I met Krysta when I was in 7th grade, and now having the opportunity to perform with her is life changing.”

Rybus added that “this year will be a great end to my journey at OCSA. After I graduate, I plan to pursue international business and marketing, with a minor in theater. I want to go into entertainment business. It’s incredible to have this opportunity in high school. OCSA has given me opportunities that I would never have had anywhere else, it opened me up as an artist and as a person. I truly found myself at OCSA.” 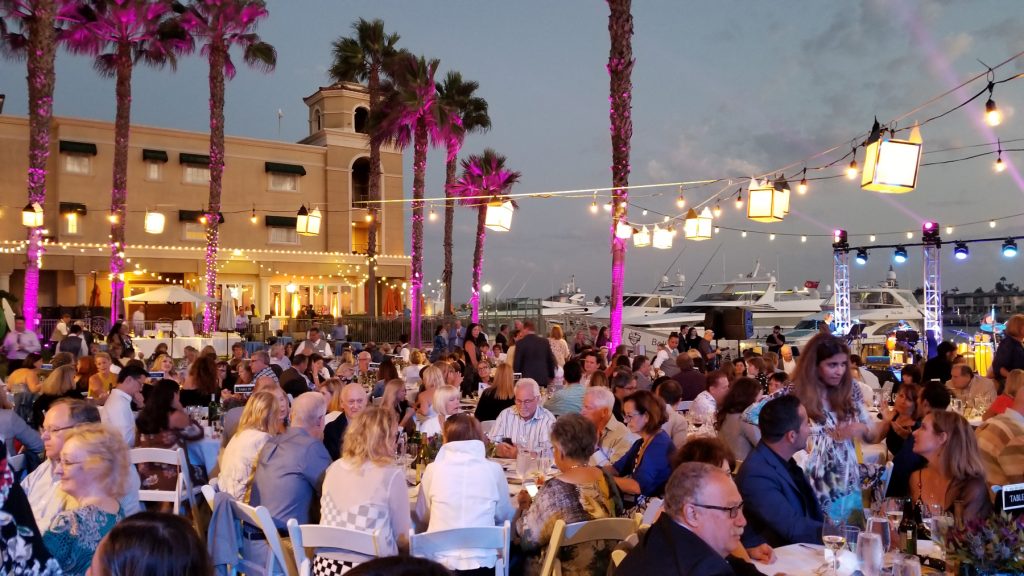