The Balboa Island Ferry is back!

Actually, it never left, but on January 3 the city started work on Agate Avenue, the street on Balboa Island that vehicles access to board the ferry to the Balboa Peninsula and the Fun Zone, which meant closing the street to traffic.

For the past four weeks, vehicles had to take Coast Highway to Newport Blvd. to get to the Balboa Peninsula. The street on Balboa Peninsula in the Fun Zone that vehicles use to board the ferry was blocked off to prevent vehicles from trying to access the ferry.

Although pedestrian traffic was allowed on the ferry, the income provided by vehicle fares was severely reduced.

Fortunately, the street has been repaired and roadblocks removed, so vehicles are once again allowed to board the Balboa Island Ferry—just in time for the weekend visitors and the commuting locals who rely on the ferry for a short route home to the peninsula.

To help offset the loss in revenue, the folks who own the ferry have commissioned local artist Scott Milton Brazee to design a special t-shirt that’s available for preorder on the ferry website at http://www.balboaislandferry.com. This limited time t-shirt can be ordered through Feb. 7, and then it’s gone forever.

For more than 100 years, the Balboa Island Ferry has provided continuous service for drivers and passengers in vehicles, as well as cyclists and pedestrians, between Balboa Island and Balboa Peninsula. The crossing is approximately 800 feet and takes about three minutes. 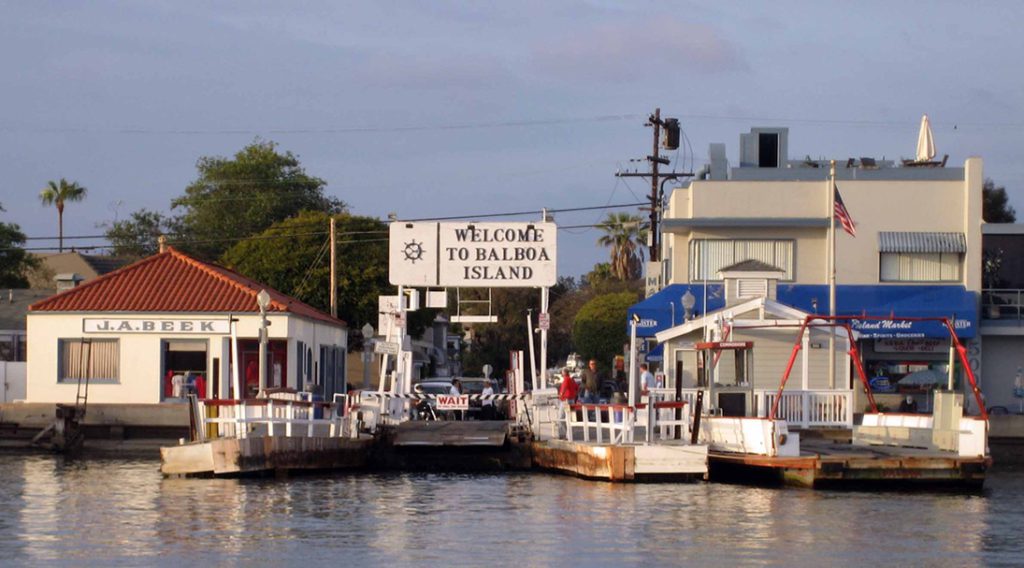 According to the Balboa Ferry’s website, hours of operation are 6:30 a.m. to midnight daily. One-way fares for pedestrians are $1.25 for adults and $.50 for children ages 5-11. Those with bicycles pay an extra $.25 each way.