Growing up playing violin, my main claim to fame was receiving a Superior rating at a high school music competition playing the Bach Double Violin Concerto in D minor. My love for classical music, and Bach, has continued long after trading my bow and resin for a writing career.

That’s one of the reasons I’m looking forward to this year’s Baroque Music Festival, held June 23  – 30  in Corona Del Mar. This 39th edition of the festival is dubbed “Bach: The Master and his Milieu,” and is a celebration of the music of Johann Sebastian Bach, his contemporaries and his influencers.

Following the success of the Festival’s last Bach Fest in 2015, this year’s season includes a selection of the composer’s masterpieces, including his Brandenburg Concerto No. 5, the Magnifcat, two of the orchestral suites, a cantata and a solo cello suite.

Elizabeth Blumenstock, now in her ninth year as the Festival’s artistic director, is an internationally renowned Baroque violinist. She has performed throughout the world, playing a 17th century Guarneri violin. Blumenstock performs with the Baroque ensembles, and spends much of her spare time working on the Baroque Music Festival.

“I spend the entire year generating the programs and writing program notes, meeting deadlines, doing fundraisers—it’s a fun thing, but it takes continuous work to get this up and running,” said Blumenstock, who added that she’s grateful for everyone who helps to put the Festival on every year, including the Festival’s board members.

Blumenstock said the Baroque Music Festival has a loyal fan base that has been growing every year, but Bach seems to really bring out classical music lovers.

“Our audiences love Bach, sowe decided to do a mini Bach festival every four years,” explained Blumenstock. “Bach has written so much—chamber music, instrumental. Bach has something for every occasion and any size venue.”

Case in point: the Baroque Music Festival concerts are held in two local churches, and also at Sherman Library & Gardens.

And because Blumenstock has been playing and performing within the Baroque music world for 35 years, she is able to draw on an impressive roster of top musician friends to come to Corona del Mar for the Festival.

“It is fantastic to be able to draw on this bank of incredibly talented people,” she said.

Back to Bach Concertos

Elizabeth Blumenstock leads the Festival Orchestra and soloists in Bach’s Brandenburg Concerto No. 5 in D Major, and the Orchestral (“Flute”) Suite No. 2 in B Minor. Concertos by Leclair (violin), Schultze (recorder) and Telemann complete the program.

Glories of the Guitar

A recital of Bach favorites and Spanish pieces presented by the award-winning guitarist Marc Teicholz, who performs his own transcriptions of Bach solo works alongside music by Santiago de Murcia and Gaspar Sanz.

Tickets to individual concerts and subscriptions to the entire Festival are available at bmf-cdm.org or by calling (949) 760-7887. 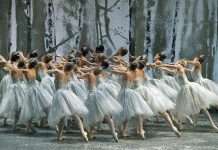 ‘A Christmas Carol’ Continues its Tradition at South Coast Repertory