Angelitos de Oro has donated more than $5 million to the nonprofit since the auxiliary’s inception in 1961. 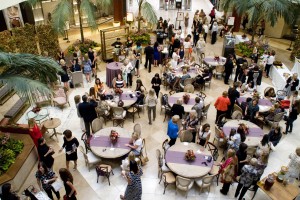 The card was sold for $60, and all proceeds benefitted the nonprofit.

The nonprofit has found a significant decrease in truancy as well as increased academic performance as a result of the program.

In 2013, Angelitos de Oro raised $285,000 through funds from the Card program as well as from personal donations from Angelitos members.

Providing a system of ongoing evaluation and support, Big Brothers Big Sisters is proven by independent studies to help families by improving the odds that “Littles” will perform better in school and avoid violence and illegal activities, and have stronger relationships with their parents and others.