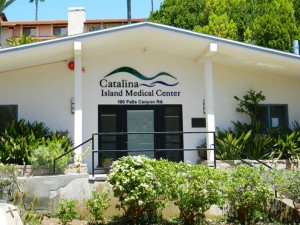 We never anticipate needing a doctor, or a hospital, while out of town or on vacation. Whether it’s a simple cut or something more severe like broken limbs, a burst appendix or worse, having access to proper medical treatment is something we take for granted.

Let’s say you, like thousands of other people do every year, board the Catalina Flyer in Balboa Village for a weekend on Catalina Island.

So what happens if you have a fall or become ill while on the Island?

Catalina Island’s primary medical facility is the Catalina Island Medical Center, which was built in 1960 and known at the time as the Avalon Municipal Hospital.

Although the town of Avalon has a population of around 4,000 permanent residents, more than 500,000 people visit the town annually. That can tax the resources of what some could consider a “rural hospital” that has just 12 beds.

In fact, the Catalina Island Medical Center is in trouble. It is outdated and must be earthquake retrofitted by 2030, which will require millions of dollars. According to the State of California, the work must be completed by 2030 for the medical center to stay licensed. They have an option of building a new facility, but with the cost of land on Catalina Island, it’s cheaper to retrofit.

A new building is “not likely to happen” confirmed Jessica Herzog, treasurer of the medical center foundation and administrative

“We are totally self-sufficient with no ties to the mainland,” she added.

According to the Medical Center’s emergency department, 40 percent of emergency responses were from the cross-channel visitors and cruise ship guests, making the Catalina Island Medical Center an indispensable part of the island.

This mission to upgrade the facility started several years ago, and now the city council, planning departments and the residents are ready to engage. What’s nice, said Herzog, is that “everyone is on board and there is no infighting or dissention. The hospital upgrade must be done. Period.”

Herzog confided that the retrofitting is not the first challenge they have faced. Interim CEO Bryan Ballard came to the hospital in 2007 and found that due to safety hazards and outdated conditions, the medical center would have had to close by 2010.

However, Ballard found a way to file for an extension (an expensive process that took almost a year), but the 2030 extension was eventually granted.

Their dilemma is not an isolated case. California spends more on seismic upgrades in a year than the rest of the entire country spends on new hospital construction annually.

The retrofitting costs for the medical center are expected to be as high as $15 million.

The medical center is planning a series of fundraisers, starting with the Sixth Annual Oscar Gala to be held at the Catalina Casino Ballroom in Avalon on Sunday, Feb. 28, the date of the Academy Awards.

The event starts at 5 p.m. and ends once the awards show is over. There will be champagne and food, and the Academy Awards show will be projected onto the largest screen on the island. Silent auctions will be part of the festivities.

Sponsorships are available at the presenter, screenwriter, actor or director level.

Ferries run daily from Newport Beach and multiple times from San Pedro. An overnight stay on Catalina Island is required for those taking the ferry (the ferry does not run late at night).