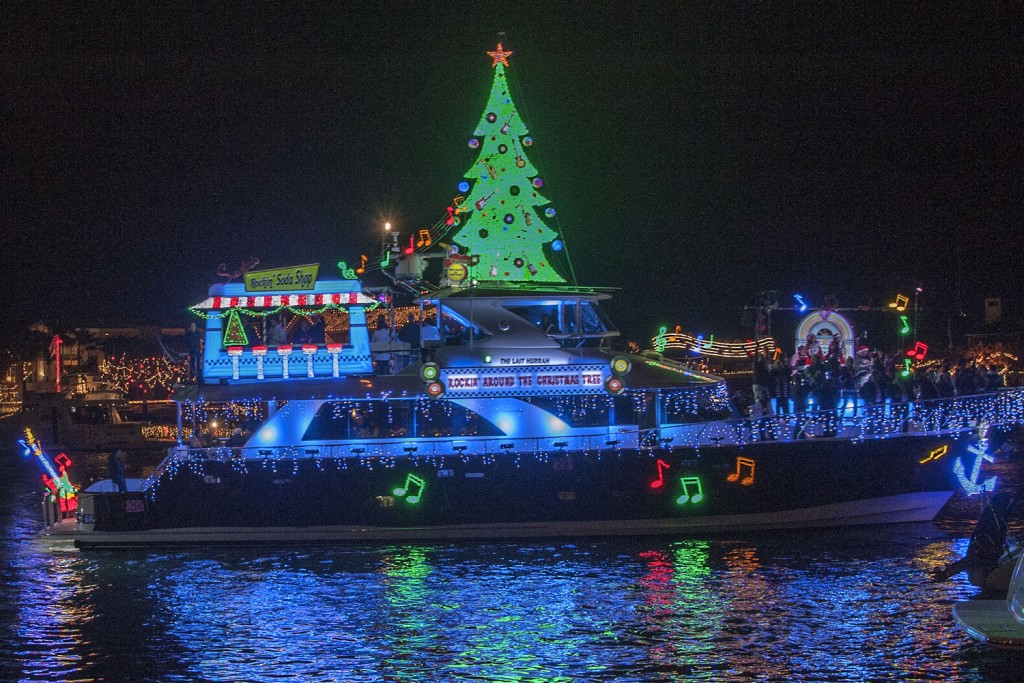 My annual Christmas events started a little early this year.

Last Monday the owner of the 60-foot Sunseeker “Limitless” and I sea-trialed the yacht to affirm all the mechanicals aboard were shipshape and seaworthy for the annual Newport Harbor Christmas Boat Parade.

I was surprised to find the elegant 80-foot (or so) “Last Hurrah” docked this year eight-feet off the bow of “Limitless.” Morrow-Meadows employees and annual “Last Hurrah” decorators Jerry and Rene were scurrying around the yachts inflatable, which is always decorated and accompanies the mother ship with a clever parade theme.

“Last Hurrah” has five out of the last six years been awarded the sweepstakes trophy. And if I may say, rightfully so!

Business and yacht owner Cathy Vick, Rob Meadows, their employees and yacht crew spend hundreds of hours and a fair amount of funds to show their Christmas spirit and provide our harbor and spectators a first class exhibit always in line with each year’s theme.

The inflatable was a cleverly lighted red and white 1956 Chevrolet coupe with headlights navigating their path and an authentic aooga horn blasting.

The smaller vessel zigzagged around the yacht which was decked out in a huge Christmas tree with “rockin” Christmas Yule singers and live music accompanied by a lighted 50s juke box. Thousands more lights blended into the theme and the majority of the hull was an enormous Christmas light show.

The lovely Judy Belle and I were invited aboard on Wednesday for the parade, including a fireworks show from the Newport Pier just prior to the start. The yacht hosts provided a wet bar, hors d’oeuvres and dinner (which was to die for).

Cathy, Rob and Captain Shaun ensured a safe voyage with additional helpers from Morrow-Meadows as bow and stern look outs, with many others ensuring their guests had all the comforts one could ever desire.

Live singers Olivia Hernandez and Gina Velez had fellow boaters and shore side onlookers rockin’ and rollin’ to this year’s theme. The humorous antics of the 56 Chevy were provided by Joe Taylor and Jerry Tachodsky, which had young and old giggling with joy.

This group provided a sensational time for their guests and the public, along with microphone M.C., Mark Freedman, revving up the shoreline to dance to the music and wave to parade and spectator boats, which definitely helped pick up the festive atmosphere several notches.

Our harbor is lucky to have such a dedicated group that not only entertained but really brought the joy of the season to everyone along the parade route.

Every year this parade seems to get bigger and better! The parade goes nightly through Sunday. I highly recommend catching it!