Editor’s Note: An earlier version of this story incorrectly stated that Councilman Tony Petros voted against the main motion.

An outside firm will soon analyze the process of how the Newport Beach Civic Center price tag ended up at just over $140 million, following a City Council vote this week.

An audit of the municipal building was approved during a special meeting on Tuesday.

The main motion to conduct the close-out audit/post-implementation review analysis passed 7-0. The action included points that it is not to exceed a budget of $100,000 for the audit/review and that it will be completed as soon as possible.

An amendment distancing the council’s involvement with the process also passed. The original staff recommended action was to establish a working group of three council members (suggested as Mayor Pro Tem Diane Dixon, and councilmen Tony Petros and Kevin Muldoon) to oversee the process, and select a firm and a manager to conduct the audit and report back to the working group.

Councilman Keith Curry had some concerns about using a working group made up of council members. 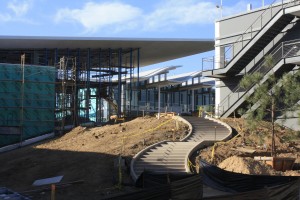 The politicians, particularly the ones who ran a campaign on this issue, should not oversee the process of the consultants doing the review, Curry said. There should be no political interference, he added.

“If we’re going to do this, let’s do a full construction oversight,” Curry said. “Let’s wall off the politicians from having input into the inclusions and the results and how the work is going.”

After some discussion and slight changes, Curry made a motion for an amendment that the process be conducted independently of political influence and without a working group. He also noted that any efforts by members of the council to tamper with or influence the selection process and/or aid to the recommendation of the selection of any contractor or influence the results of the analysis be reported to the public and the council as a whole.

In a rare occurrence, Councilman Scott Peotter agreed with Curry.

“I like the idea of no ad hoc,” Peotter said after he seconded the motion.

Peotter suggested that the staff also be separated by hiring a manager.

“Therefore it’s isolated from both staff and from council,” Peotter said.

After more discussion, Curry further modified his amendment: Striking the working group, and 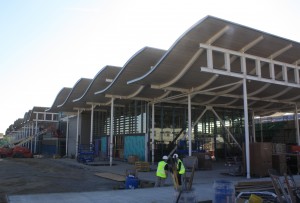 noting that the city attorney will conduct the Request for Qualifications process and select a manager, and they would then work together to conduct the process to select a consulting firm to do the audit. The selected consultant is forbidden from any contact with the city council. The audit manager will report directly to the council and the city attorney would manage the contract.

There was some concern over how a manager would be selected, seeing as one person had already been suggested to City Manager Dave Kiff.

Kiff noted that he should also be taken out of the process and that the city attorney or another qualified staff member would be a better fit.

“I know I was very close to this project and I don’t want my perspectives to taint that,” Kiff said. “I want this to succeed as much as everyone else and I don’t ever want anyone to criticize me for possibly influencing it either way.”

Muldoon said he wouldn’t support the “last minute trick” amendment. It’s flawed and risky and too quickly thrown out there, Muldoon explained.

“Staff was in charge of the project and staff cannot be trusted with managing this. They must answer to us, the committee, the council,” Muldoon said. “We answer to the people of the city of Newport Beach. And it’s inappropriate to give that over to a staff member who, at the end of the day, answers to Mr. Kiff. I can’t be a part of it.”

Though he did support the main motion. There are legitimate concerns and the audit is needed, Muldoon said.

Dixon agreed with Muldoon that the audit needs to be done.

“It is before us because of questions, skepticism, and, frankly, divisiveness that after many months, and indeed years, have not receded,” Dixon said. “I want to know this so we will understand what to watch out for in the future so we never again overspend taxpayer dollars on a building project.”

Conversely, if the audit reveals that it was completed within the best industry practices and at an appropriate budget for the scope, time and cost estimates, it’s important that the community know and understand that information.

“Either way it’s important for the community to have full disclosure,” Dixon said.

It won’t be a “witch hunt nor a whitewash,” and will be far removed from politics as possible, she said. It’s not meant to cast blame or score political points, she added.

It will also enhance the city’s understanding of large project construction management, which will save taxpayer‘s money in the future, Dixon noted.

“Figuring out how to do it better the next time is such a basic business principle that it needs no explanation,” Dixon said.

She wants the process to be thorough, but also not be dragged out. Dixon suggested a closure date of no later than March 1.

Not every council member was on board with the idea of an audit.

Curry reminded his fellow council members that the issue was reviewed in January. Staff presented an exhaustive analysis of what went wrong, what went right and lessons learned.

Staff provided “two feet” worth of documents and not a single council member read a single word of any of those documents, Curry said. Those documents are available on the city website, he added.

“So the idea that there is rampant curiosity about what happened and who did it and how it happened is belied by the fact that nobody actually read any of the work,” Curry said.

It’s a political issue intended to promote a political agenda and keep the issue in the public eye before the elections next year, Curry said.

“We’re ready and willing to give your everything that you need for the audit,” Roberts said.

An audit is pretty common in the industry with big contracts like the NB Civic Center, he explained.

A closeout audit review is a common line item for large capital projects in the private sector, Dixon agreed. It’s not usually controversial and nobody usually objects to it, unless there is something they don’t want discovered, she added.

Balboa Peninsula resident Mike Glenn also spoke, and mentioned that a former staff member, Assistant City Manager Steve Badum, is under investigation by the Orange County District Attorney. The Orange County Register reported in March that the OCDA is reviewing a city-filed complaint regarding whether or not Badum failed to report possible gifts and/or meals from companies conducting business with the city, including C.W. Driver, the construction manager for the Civic Center project.

If one person is already under investigation, it’s safe to presume that there other things that also need to be looked at a little more closely, Glenn added.

The job needs to be done right, he concluded.

Mayor Ed Selich closed the discussion by cautioning whoever ultimately heads up the project to be careful and keep the cost, time and actual scope of the project under tight control.