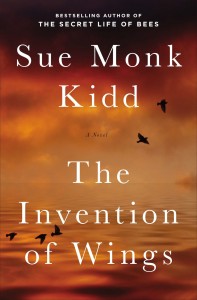 In these strange, limbo days sandwiched between Christmas and New Year’s, as we set 2013 in our rearview and ready ourselves for a fresh new page on the calendar, the perfect opportunity presents itself to prepare to set in motion all those things we’ve been “meaning to do.”

The list can be complex (repair my relationship with my mother,) or simple (remember to floss after every meal), but each of us surely has at least one item on our personal to-do list.

One thing I’ve always wanted to do is join a book club.  I have been invited into the ranks of several great groups, but the timing of the meetings has never quite worked out for me. I am aware of the irony – I write about books every week, yet I am practically the last bibliophile not to hop on the book club train.

Then it hit me: we already have our own sort of book club going on right here. I frequently get emails asking for book recommendations, or wanting me to refresh someone’s memory about a book I had previously profiled.

So then, why not make our own “Under Cover Book Club?”

The way I see it, this will be a great way for me to share books that speak to me personally: new releases I’m excited about, as well as recent reads, across all genres, that have moved me for any number of reasons.

I figure if Oprah can do it, I can too right?

And on that note, in perhaps the only instance in which Ms. Winfrey and I share something in common, we have both chosen the same book as our inaugural book club read for 2014: “The Invention of Wings,” by Sue Monk Kidd.

I chose this book for a multitude of reasons. First, I loved Kidd’s previous book, “The Secret Life of Bees.” The rich, well-developed women who peopled that novel have made me trust her as an author who will deliver a fantastic, meaningful reading experience.

Secondly, I tend to enjoy fiction that has its root in historic accuracy. When the novel revolves around actual people or events, their mere existence in reality makes the story and all its accompanying emotions seem instantly more authentic.

Third, is the fact that I love when a story is told from more than one perspective. “The Invention of Wings” is told in the first person, but the narrative shifts back and forth between the two women who are central to the story.

Set in South Carolina, the book begins in 1803, when on her 11th birthday, Sarah Grimke is gifted her own personal slave: 10-year-old Handful, properly known as Hetty. The novel unfolds from there, following the story of both women, as they work to escape from, while living within, the chains that respectively bind them. Handful is chafing under the bonds of slavery, while Sarah endures her own kind of bondage as a woman of the South, for whom education and academics are not an option.

Perplexed by the inequalities she sees in her bigoted, patriarchal society, Sarah sets out on a road that will lead her towards becoming not only an outspoken abolitionist, but also one who will pave the way for the next generation of feminists, laying the groundwork for the movement that would eventually secure women the vote.

Along the way, the two women forge an unlikely friendship, and will each prove to be instrumental in shaping the other’s destiny.

Based on the story of the Grimke sisters, Sarah and Angelina – who are both members of the National Women’s Hall of Fame for their efforts to secure equal rights for women and people of color — the book is a master storyteller’s look at both our own history, and the fascinating lives of two women, bound together against all odds.

“The Invention of Wings” releases on January 7. I have already ordered it, and I encourage all of you to read it as well, then post your comments on the Indy website. I’d love to hear everyone’s thoughts, and I know many of you would as well.

And just like that, a new community is born. Welcome to the club!