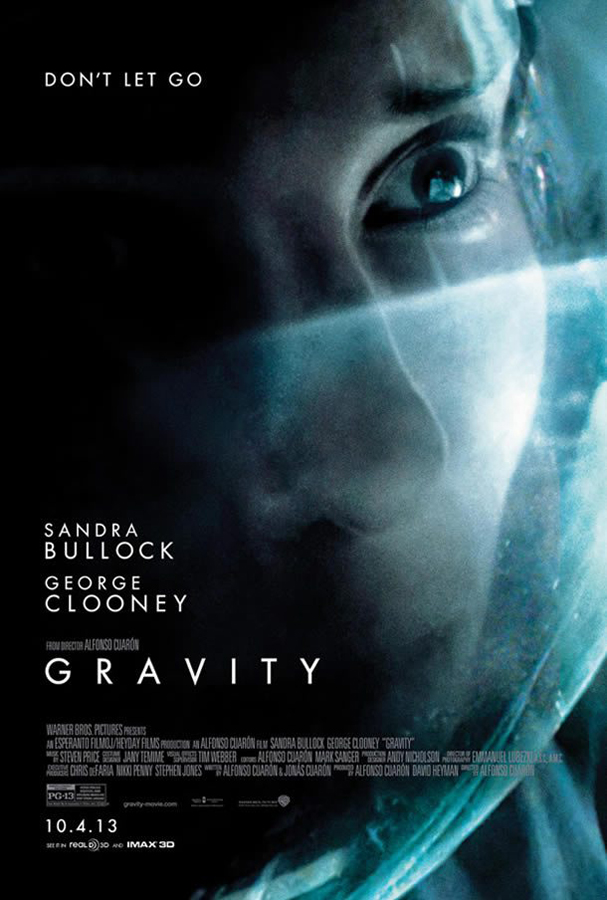 The new Sandra Bullock-George Clooney stunner “Gravity” is not so much a movie as it is an immersion experience.

Visually compelling, brilliantly photographed, with finger clenching on the edge of your seat non-stop action, it’s hard to believe that for 91 minutes you can be entrenched in watching just two people on screen surrounded by spacecraft of various kinds, some intact and many, many blown up.

Is “Gravity” an “action film? Not in the conventional sense since it offers no fights, gunplay or things that go boom in the night, from about four minutes into the film until the end you will be on pins & needles for the balance of the film.

The movie was made for 3D and you should see it that way. Alfonso Cuaron deserves an Oscar just for his ability to design such a movie along with directing, screenwriting (with his 30-year old son, Jonas), producing and editing this masterpiece of visual imagery. I can’t imagine the imagination it took to storyboard this instant classic and create the special effects that bring it to life.

If ever there is a film that highlights the future of movies, this is it. It seems like a very high quality video game with real person’s heads manipulated into the space suits and on the bodies, and it’s difficult to tell where the real person stops and the animation starts.

If you’ve seen any of the trailers you know that trouble comes to the space station in the form of debris flying at 25,000 mph and hitting people, satellites and spacecraft.

The point of view changes are seamless and especially noteworthy since they go from the outside observer into George Clooney’s helmet to Sandra Bullock’s and back and forth for most of the film.

No review would ever reveal significant scenes that initially defy belief and then cause you to go “OMG” so take that for what it’s worth when I say there is such a scene here. M. Night Shyamalan, the former master of the movie twist, would be proud. 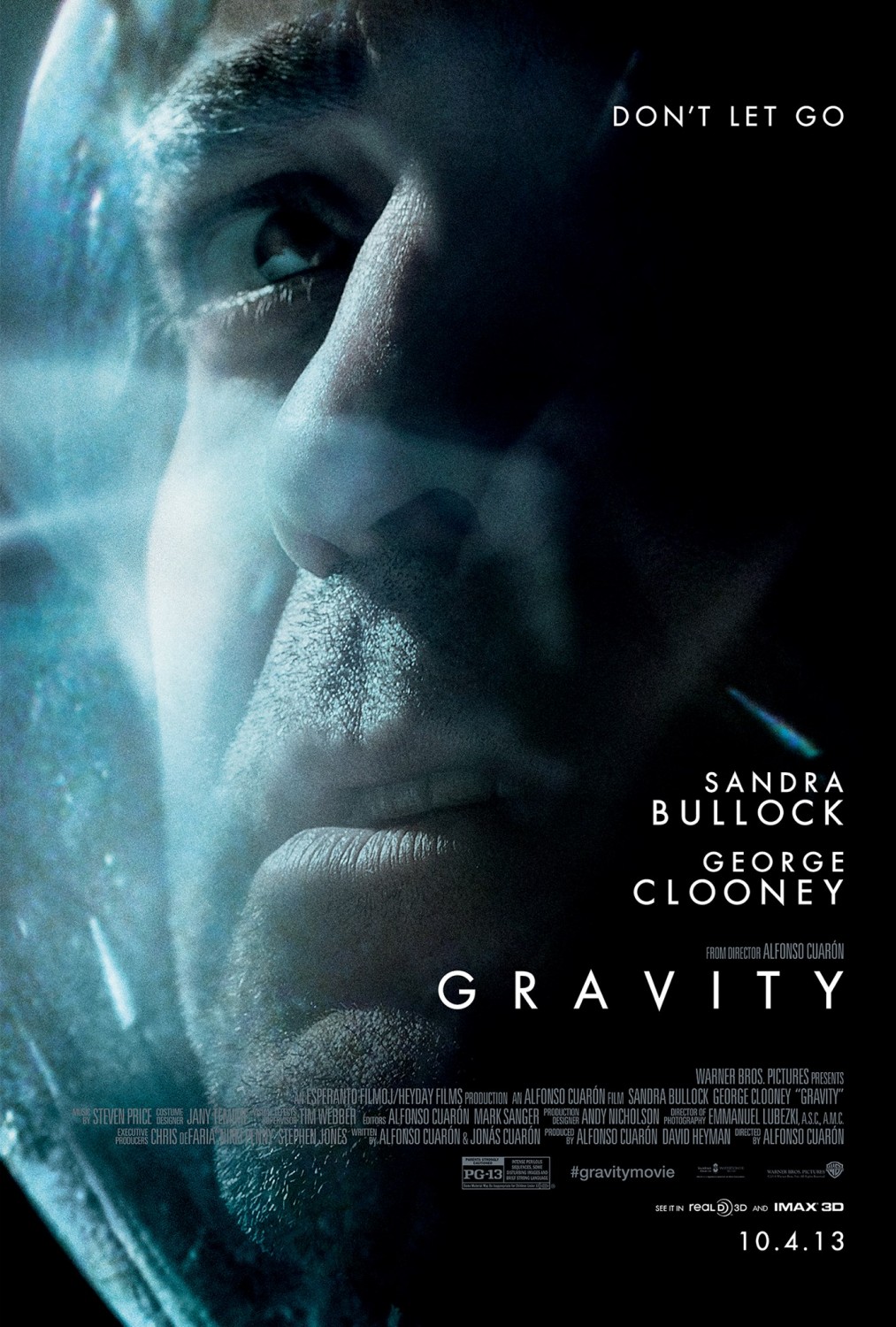 surround sound Dolby systems. I was lucky enough to sit between two friends on a very cozy couch and between the seating, the sound, and the 3D, after the movie ended we literally had to get our bearings and land legs back and compose ourselves from the dizzying effect of the lack of gravity and stunning variety of camera angles and perspectives.

With a large screen, brilliantly clear photography and the all-encompassing ambiance, if ever there was a movie that makes you feel as though you are part of the screen, “Gravity” is that film. Watching Sandra Bullock glide throughout weightlessness is poetry in motion, and the training she would have dealt with to create such scenes must have been tiresome and thrilling at the same time.

Some things to pay attention to:

–The voice of mission control is never identified, but you will recognize the voice and recall other space-focused movies he has starred in.

–There is a great moment which brings back one of the iconic “2001: A Space Odyssey” film scenes and boy, how THAT movie could be redone with today’s technology!

–As soon the movie starts, pay attention to everything since the visuals begin with distance shots and very quickly become close ups. Ditto the sound, which is heard through audio transmissions but are critical to the storyline.

— Sandra Bullock creates amazing performances in her facial expressions, body language and emotionality, and shows raw feelings and fear as well as anyone in recent memory.

Prior to the movie I mentioned to my friends that given the opportunity I would jump at the chance to be in space and experience what you almost experience in the theater. After the movie I was asked again if I would risk my life and even the devastation on screen, and I again I responded “YES!”

We can only hope that in our lifetimes we are given the chance to go into space.

Port offers a full bar and kitchen, and luxury seating. For more information and show times, visit PortNewport.com or call (949) 723-6333.