“After considerable consideration, I’ve come to the conclusion that we should drop any action to restrict use of the fire rings that are such a significant part of our history and beach tradition,” Daigle said in a statement. “The risks, in my view, are both modest and avoidable. They impact a small proportion of our population. They can be mitigated by staying away from the beach or, if you’re lucky enough to live at our beaches, closing your front windows at night.” 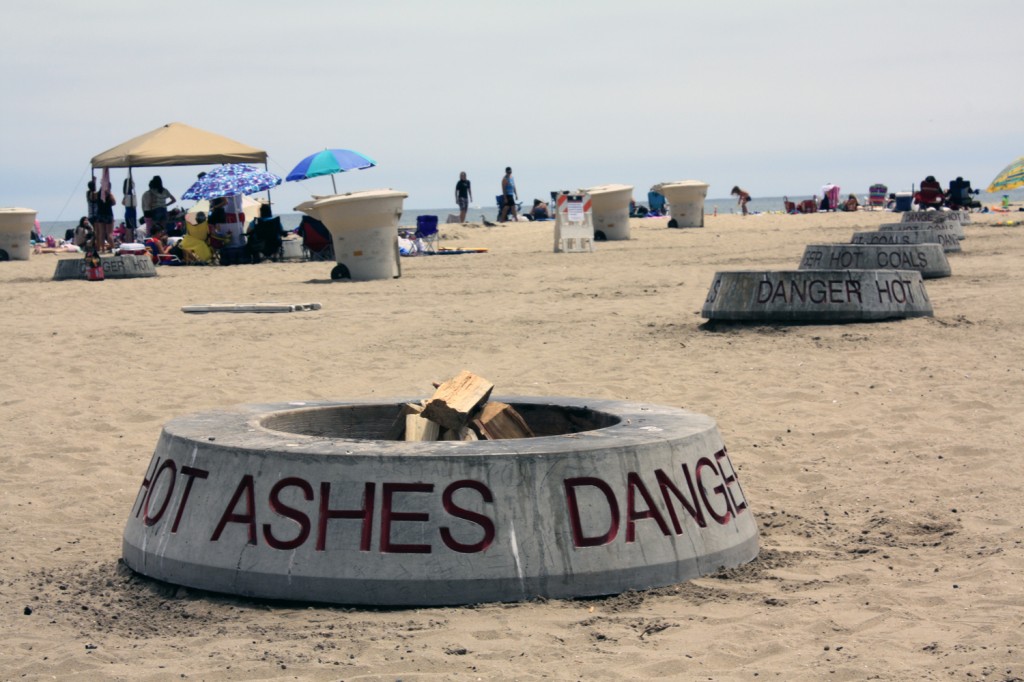 Daigle and the entire Newport Beach City Council voted in March 2012 to remove the city’s fire rings. The city has a permit pending before the California Coastal Commission, which is expected to vote on the matter in July.

Fire rings have been a part of Newport Beach’s beach culture since the 1940s, but the City Council began discussing their removal in 2009. The issue was tabled because of budget concerns and public outcry, but City Councilmember Nancy Gardner raised the issue again in 2011, expressing concerns about liability.

City officials have told the Coastal Commission that the dangers of breathing wood smoke endanger employees who work at the beach, residents who live nearby, and visitors. The South Coast Air Quality Management District took up the issue in March, seeking a complete ban of more than 800 fire rings in Orange and Los Angeles counties.

An AQMD staff report in April suggested the ban take effect by January 2015. In May, the agency released information from air studies that showed the wood smoke was harmful.

But earlier this month, the AQMD released another report that suggested a “buffer” that would eliminate beach bonfires in Newport Beach but allow other beaches to keep them, including Huntington Beach, where residents and city leaders have been vocal in opposing a beach bonfire ban.

The issue took another turn on Friday, when Newport Beach Mayor Keith Curry announced a six month pilot project with the AQMD, which, according to a press release, would “install 10 fire rings fueled by sources other than wood (such as propane) at Big Corona beach and the Balboa Pier area. There will be five alternatively fueled rings at each location…if safe management of the new rings is assured, the City would work with the AQMD and the Coastal Commission to make the rings permanent at those locations and would consider an appropriate expansion of the available fire rings. The City may hire part-time staff to oversee the public’s safe use of the alternative-fuel rings, as well as establish a cost–recovery fee and reservation system to ensure safe and affordable access to the rings for all persons throughout the county and region.”

At Tuesday’s City Council meeting, Curry said the AQMD would fund the project. The City Council would have a chance to discuss and approve the project, he said, and the Newport Beach fire chief would be consulted on details.

Daigle, in her statement, criticized the pilot program.

“The Mayor’s proposal creates a new Newport Beach fire ring that would be the laughing stock of ‘Arrested Development,’” she wrote, likely referring to Curry’s recent event that involved bringing a banana stand prop from the cult television show to the city.

“’Curry’s Compromise’ does away with the fire rings as we know them in exchange for hosting an AQMD pilot project that sites propane fueled fire rings on our beaches,” she wrote. “Propane cylinders containing explosive and lethal fuel would connect to metal tubing snaking around the sand. Firefighters tell me of the danger of invisible gas seeping from sun-cracked hoses. Tidal surges and storm action would impact these installations. Placards posting warnings will be required as well as 24/7 surveillance by city staff to ensure safe use and guard against acts of vandalism, or even terrorism. Recovering the costs for city staff may mean connecting meters or coin-operated canisters, like those found at a Laundromat, to the fire ring.”

Curry, in an email, criticized Daigle for flip-flopping and not understanding the health impacts of the fires.

“Councilmember Daigle never misses an opportunity to be on all sides of an issue,” he wrote. “In her misguided effort to run for partisan office, she has flipped-flopped on fire rings having supporting the ban for nearly a year now, in order to try to enhance her electability. She apparently does not believe the health impacts as identified by the AQMD are important to the residents who live near the beach. Councilmember Daigle is neither liberal or conservative. She is simply transactional.”

City Manager Dave Kiff did not immediately respond to an email seeking comment on Daigle’s statement.

In the statement, Daigle vowed to vote no on the propane rings plan, adding that firefighters think the idea is “lame and dangerous.”

She also urged other Council members to “reconsider our approach to the fire rings.”

“I’ve been in Newport Beach long enough to develop a love affair with the City, but not long enough to understand all of her underlying passions,” she wrote. “The fire ring examination has revealed to me an overwhelming love and respect for this outdoor tradition that I didn’t fully appreciate when we began our public policy review. The question now for me, as a representative, is what to do about it…Basically, beach users and beach livers are capable of assessing the risk and deciding what, if anything, to do. They don’t need the City Council or AQMD to make that decision for them.”