Terry Donahue, the winningest coach in Pacific-12 conference and UCLA football history, died Sunday, July 4, at his home in Newport Beach surrounded by family, following a two-year battle with cancer. He was 77.

He was the first person to appear in a Rose Bowl Game as a player, assistant coach and head coach, according to information posted on the UCLA newsroom website.

Donahue devoted the majority of his adult life to championing UCLA after enrolling at the school as a walk-on defensive lineman. In 1956, his first season as a student-athlete, the 190-pound lineman helped lead the Bruins to the program’s first Rose Bowl victory with an upset of previously unbeaten and No. 1-ranked Michigan State.

Donahue went on to serve as an assistant coach for the Bruins under Pepper Rodgers and Dick Vermeil and then took over as UCLA’s head coach, at age 31, beginning with the 1976 season.

Donahue would go on to post a conference-record 98 wins (98-51-5) and a school-record 151 wins (151-74-8). In a 20-year span, he won or shared five conference titles while finishing first or second in the league standings 12 times. The Bruins won three Rose Bowls during his tenure.

“There aren’t enough words to properly honor Terry Donahue and what he means to the Bruin family and anyone who has had the pleasure of knowing him,” said Chip Kelly, the current coach of the football team. “He epitomizes everything you strive to be as a coach and as a human being. Since the moment I stepped on campus, he’s been an incredible mentor and one of the most authentic, humble and toughest men I’ve ever met. He loved UCLA with all he had, and I can’t express how important his guidance and friendship has been for me. He is an irreplaceable representation of the BRUIN WAY. We will always love and play for TD. Our deepest condolences to [his wife] Andrea, the Donahue family and everyone lucky enough to know him.”

Donahue is survived by Andrea, his wife of 52 years, daughters Nicole, Michele and Jennifer, three sons-in-law and 10 grandchildren.

A private service is planned for family, and a celebration of life will be scheduled at a later date. 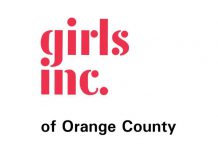 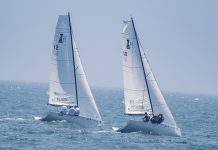