The massive task of reviewing and updating Title 17 of the city of Newport Beach’s Municipal Code, or the Harbor Code, is finally wrapping up.

After 21 months of review, debate and discussion, a number of meetings, and gathering valuable information from the community, they are ready to make their recommendation, “all 100 pages of them,” Harbor Commissioner Bill Kenney said during the Commission meeting on Tuesday.

Boaters, residents, and mooring permitees shared opinions, ideas, and concerns on a number of topics at the public meetings throughout the process.

Commissioners thanked crew and staff for the “incredible amount of time and effort” they put into this project.

“It was a daunting task and staff was up to the challenge,” Kenney commented.

Everything is ready to go, aside from the Marine Activities Permit, which still needs more review and discussion.

Commissioner Scott Cunningham thanked the committee and staff for the “time and effort and heartache” while they poured over the details.

The code was “sliced up” so the review was easier to tackle with the public, Harbormaster Kurt Borsting noted.

A person can get a little “bleary eyed” looking at more than 100 pages of red-lines, Commissioner Don Yahn said. Breaking it up into chunks was a good idea, he added.

Borsting went over “the highlights” of all the recommended changes.

In the section about berthing, mooring, and storage, they recommended expanding authority for the harbormaster to install temporary sea lion deterrent measures. In the event permitee cannot be reached.

Under harbor permits and leases, a change was added to allow the city to conduct dye tablet testing on vessels at leased properties.

Another proposed change related to dye tablets is under the water quality section, which, if approved, will allow the city to place dye tablets in sanitation device of any visiting vessel.

The recommendation also includes a line that requires an operable marine sanitation device and holding tank for vessels considered for live-aboard permits.

While it seems to be self-evident, the reality is that currently isn’t stated in the code, Borsting noted.

“They were using a more simple system,” Borsting said.

Under the live-aboards section of the code were a few changes: Limits live-aboard activities in commercial marinas; revises terms of renewal, in which permittees must be in good standing; requires live-aboards use of a commercial pump out service and updates pump-out log requirements; permittee vessels will be subject to dye tablet testing at any time.

Officials also worked on clarification of rules associated with use of public docks/piers, aimed at encouraging greater public access, and discourage unintended “permanent” storage of small craft at these locations.

During the public meetings, there was a lot of discussion regarding how many nights permittees and sub-permittees could stay aboard a vessel. Many permittees wanted time expanded, while a number of residents along the bay preferred to limit the amount of overnight stays. The committee ultimately recommended leaving these sections unchanged while also, adding a provision allowing the Harbormaster to grant sub-permittees extension should specific circumstances warrant additional time. 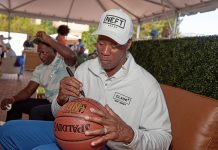 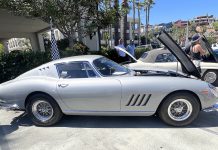