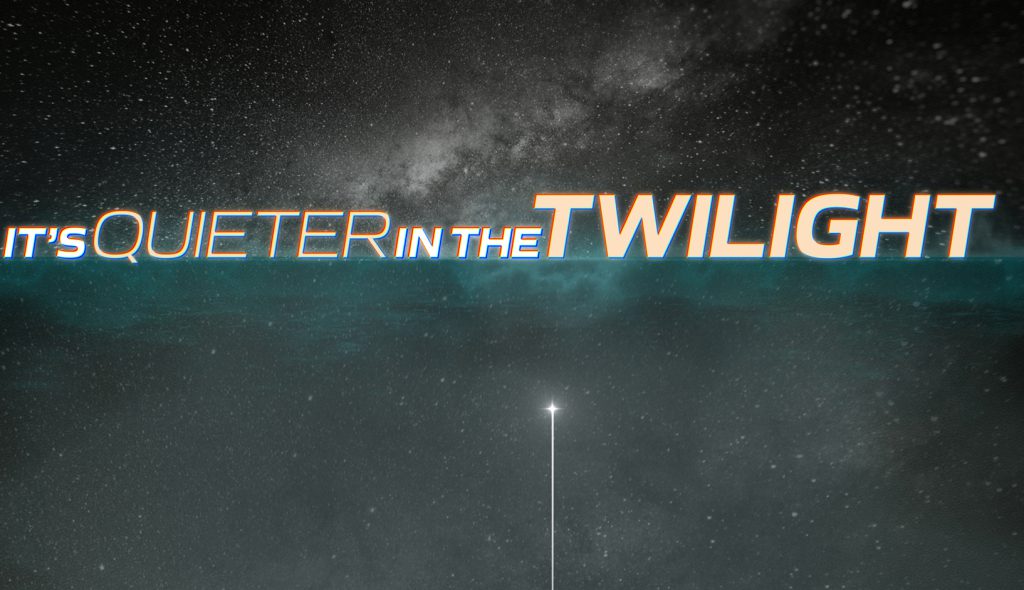 Outer space is a numbers game.

All of this is why astronomers and astrophysicists and scientist/engineers were created, to help us to try to understand beyond faith the mysteries of the universe.

Unless you’re Elon Musk, Bill Gates, Jeﬀ Bezos or a Russian oligarch, to most of us earthlings, the figure 11 billion, 659 million, 829 thousand, 491 is equally unfathomable.

Impressively, that is the ever-increasing miles from earth that two 45-year-old spacecraft named Voyager 1 and 2, are transiting through interstellar space, beyond our solar system— en route to who knows where, perhaps to orbit mutely around some as-of-yet unknown earth-like planet well past the beyond.

The story of the miraculously long-lived Voyagers spacecraft is not so much about those two engineering marvels , but about the flight team of engineers that tracks them along what has been termed “humankind’s greatest exploration.”

Their story is presented in the 95- minute documentary, “It’s Quieter in the Twilight,” showing at the “Newport Beach Film Festival.”

The scientific/engineering team at Jet Propulsion Laboratories in Pasadena recognized that four planets would be in alignment — an occurrence every 176 years — that would allow a study of all four without having to send individual probes to each planet.

The probes then could borrow some of the orbital forces of each planet to help propel them forward and farther. Throughout, a team would monitor their progress.

What started as a group of more than 1,000 specialists in the 1970s has dwindled to a team of six who monitor the Voyagers’ forever progress, with only one today able to signal its information due to diminished ability to keep its instruments warm in the minus 76 degree vacuum of space.

Only one antenna dish, at the Canberra (Australia) Space Center, can communicate with the Voyagers.

Miraculously, after 40 years, nine out of the 10 instruments aboard are still operating.

The majority of original engineers working have passed. The team of six, now in their late 70s and 80s, are dedicated to watching, observing, learning and sharing until the last of the hydrogen fuel is used up, resulting in a frozen death for all the instruments, and an almost infinite, silent journey to whatever lies ahead.

“It’s Quieter in the Twilight” is a fascinating documentary, especially for those who remember the earliest days of space exploration. But this delves not so much into the

technology but into the dedicated lives of those remaining engineers, who to a one plan to retire when Voyagers’ fuel runs dry.

Like proud parents, they thrived on the unexpectedly long success of their “oﬀspring,” and in the latter years, did so mostly anonymously.

Despite the projected death of Voyager, this 45-year-long saga does enjoy a happy ending.