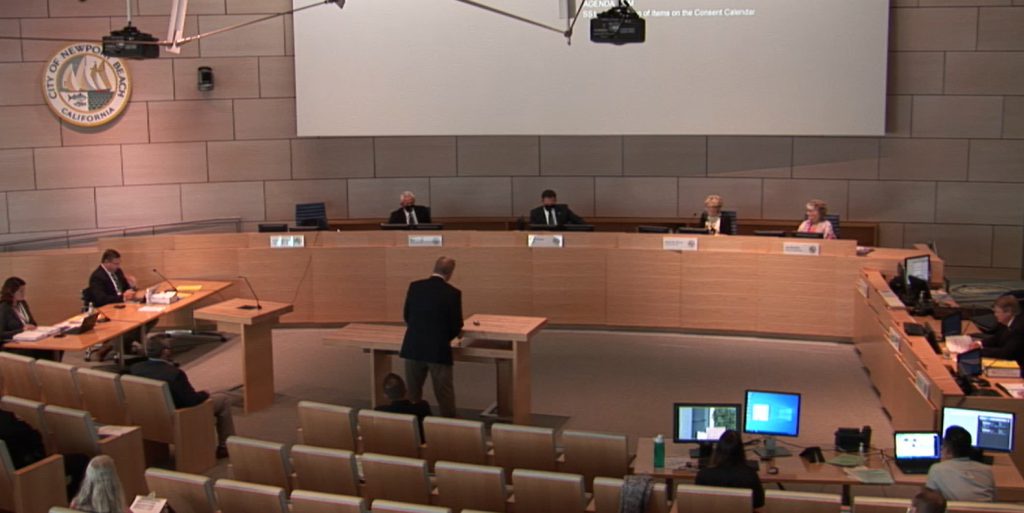 At their last meeting, the Newport Beach City Council voted to discuss the passage of a mask enforcement ordinance, as well as instituting a one person-one seat rule in bars and eating establishments, at a future meeting.

Recover Newport, a group of former Newport Beach Mayors and Councilmembers, wishes to congratulate the current City Council on their decision to open these items for discussion as a way of preventing the spread of the COVID-19 virus as many California cities have already done, including our neighboring communities of Costa Mesa and Irvine.

The constant change in State regulations is creating a yo-yo effect which causes confusion among both residents and businesses.

This group believes that having an open discussion at a City Council meeting will allow those for and against such regulations the ability to let the City Council know their feelings on the subject.

Hearing their constituent’s feelings and discussing the issue amongst themselves will assure all residents that the City Council has thoroughly vetted these issues no matter what decision they reach.

The City Council is to be commended for taking this proactive step and we encourage them to schedule this agenda item as soon as possible.

Recover Newport is a group of former Mayors and City Council members who are invested in safely restoring the economic and community health of the City of Newport Beach which has been damaged as a result of the novel COVID-19 pandemic. This group has been observing public health and policy related responses at the State and County level, focusing on the actions that would directly affect community sustainability and resilience in Newport Beach.

Letter to the Editor: The City’s Public Portal Contains Myriad Letters Against Electing Our Mayor

Letter to the Editor: Trust Voters on Elect Our Mayor Initiative

Letter to the Editor: The People’s Power Grab