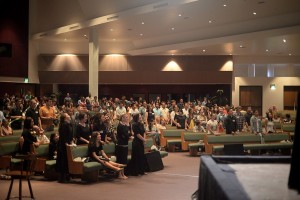 “We invite anyone from 7th to 12th grade, or any youth leader for those ages, to come to the Liberty Baptist Church Youth Rally on September 19,” said Ryan Cavin, youth pastor and athletic director at Liberty Baptist. “It’s going to be a great day of fun, games, pizza dinner, music, hilarious videos, and a great service that not only will the kids love, but it will challenge their hearts too.”

“We’ve sent invitations to 300 churches,” he continued. “They are mostly other Baptist churches in southern California, but we’ve included other churches in Newport and Irvine as well.  It will be great for anybody.”

This will be the 10th year Liberty has hosted the event, which Cavin summarized as being fun with a purpose.  Last year there were over 300 in attendance, and similar numbers are expected this year.

“It doesn’t matter how many kids God brings,” Cavin said. “God may give us more, or He may give us less; we’re just praying that He gives us the right teens. The purpose of the rally is to challenge and encourage teenagers to live for God. The theme this year goes along with the purpose. The theme is called ‘Going through the Motions.’ We want to encourage kids not just to attend church or a youth group or a youth rally, but to have their own faith, to have a personal relationship with Christ.” 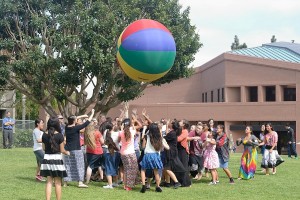 when teens make decisions to live for God. He said those decisions are often made at youth rallies and he encourages any teen to come to the event, even if he or she does not attend church.

“Being a teenager is hard; there is constant pressure to fit in and be cool,” he said.  “Our desire is to show teenagers how to add real meaning to their lives through a personal relationship with Jesus Christ. We are not offering boring, lifeless religion, but an exciting journey through life with the Lord. We’ve seen teenagers change their lifestyles in different areas – be it what they listen to, what they watch, or how they live their lives. We’ve seen them accept Christ and commit to serve God for the rest of their lives. We’ve seen new joy.”

Cavin has been on staff since January, but he’s attended the church since he was three years old.

“Liberty is unlike any church in the world,” Cavin said. “God is doing great things there. I am just glad that God allowed the opportunity to serve alongside this amazing church family, I couldn’t dream of anything better.”

Besides being Youth Pastor at Liberty Baptist, Cavin is also the Athletic Director there. The church just completed a state-of-the art gymnasium, which will be used for church functions, but also for myriad community functions.

“Hopefully by September we’ll be playing basketball and using the gym for community outreach through sports,” Cavin said. “Throughout summers we’ll be running sports camps, open gym basketball and hosting community events to reach and bless and the community. Be watching for upcoming events.” 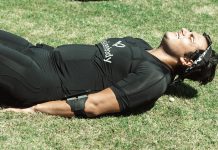 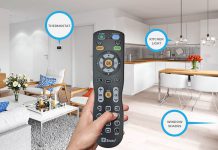 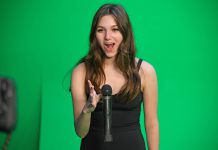