The Indy has asked me to prepare a monthly column to keep readers informed key issues.  Welcome to my first column! Please let me know any particular topics you would like me to write about!

When residents band together, wonderful things can happen.

On July 20, the City Council, the Library Board of Trustees and the Newport Beach Fire Department officially celebrated the opening of the Corona del Mar Branch Library and Fire Station #5.

It was a magnificent gathering of residents celebrating a remarkable private and public partnership.

Back in 2014, the 60-year-old library was at risk of closure to make way for rebuilding the neighboring structure, the 70-year-old fire station. Because of the community working together to advocate for both a new branch library and fire station (led by longtime community volunteer and now Council Member Joy Brenner) the City Council moved this project forward, combining the two uses into one magnificent building.

The new structure is slightly over 10,000 square feet. The library space is roughly the same size as the old library and includes amenities such as air conditioning, more parking and landscaping, an area for stroller parking, a Friends of the Library reading porch, and Rex Brandt inspired murals on the walls, which is a nod to Corona del Mar’s history.

Construction began in April 2018 and was scheduled for completion this summer – and we’re almost there, but there are still a few more details to address before opening the doors for regular business.

I know this new facility will continue to be the heart of the community for generations to come and will remain an extraordinary symbol of the very best of Newport Beach community spirit support and determination.

Another important item of community interest is the General Aviation Improvement Program at John Wayne Airport. This will make changes to how the airport handles and accommodates smaller, private planes.

In late June, the county Board of Supervisors moved a project plan forward that includes nearly everything the City of Newport Beach advocated for during the past six months.

The City strongly supported preserving space for the general aviation propeller aircraft. This plan calls for setting aside more than 34 acres, a majority of the space available, for these smaller and quieter planes.

We wanted just two full-service “fixed base operators,” the private companies that provide services to the general aviation community. The City believed a third operator would have led to increased operations. The plan includes just two, the same number as exists at JWA today.

Though the City had previously objected to it, the plan contains a General Aviation Facility, space used for processing international general aviation passengers.

The plan does, for the first time call for limiting the facility’s hours of operation. When we looked at the totality of the plan – with the two fixed base operators and space preserved for small propeller aircraft – we were not willing to risk losing those important gains by continuing to oppose the general aviation facility.

We strongly believe that that the plan advanced by Supervisor Michelle Steel and joined by Supervisors Andrew Do and Don Wagner and ultimately all the supervisors is better for our community than any other option that was feasible and under consideration.

As proposed, the new program will take about seven years to complete, and the planning will likely not begin until sometime next year. The City will continue to advocate for any and all measures that can be incorporated moving forward that would further protect Newport Beach and our quality of life.

Diane Dixon joined Newport Beach City Council in 2014 and was re-elected to a second, four-year term in 2018. This is her second tenure as mayor, first stepping into the role in 2016. District 1 encompasses the Balboa Peninsula, Lido Isle, and West Newport. Reach her at [email protected]. 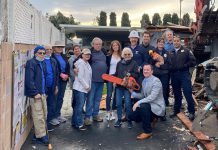 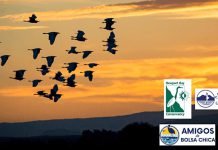