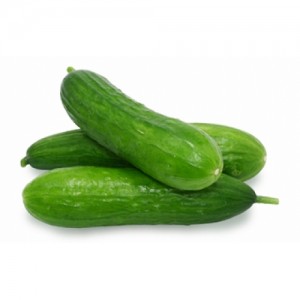 Growing up in a cultural family gave me an insight to different languages, cultures and foods. This was back in the 70s, and most refrigerators in my neighborhood were not filled with limburger cheese, stiglmeier zungenblutwurst (tongue & blood sausage), fried kidneys or pickled herrings.

Yet from the same German father who consumed these now avant-garde dishes came the most wondrous, juiciest, perfectly scrumptious yet simple recipe for cucumber salad.

I remember watching him meticulously slicing a peeled cucumber into wafer thin pieces and placing them into a bowl, adding a jigger of red wine vinegar and safflower oil plus a dash of salt and pepper, and then covering the bowl and place it in the refrigerator.

He told me it had to set for a couple of hours, best over night so all the juices could combine.

I’m not sure if it was the pepper or the vinegar that made it so good. And still to this day I cannot make it taste quite the way he did. And maybe that’s because the best part of the flavor was revealed when we took it out of the fridge and ate it right out of the bowl together.

Cucumbers remain one of my favorites to eat. Did you know it is a fruit? Most of us still regard it as part of the vegetable group. But whether it is a fruit or vegetable in your mind, you are doing your body well if you are eating them.

They contain a moderate amount of unique antioxidants such as beta-carotene, alpha-carotene, vitamin C, vitamin A, zea xanthin and lutein–microscopic super-heroes which are protective compounds that act as scavengers to free radicals involved in ageing and various disease processes.

The cucumber is also a good source of potassium, an important intracellular electrolyte that is very heart friendly and brings a reduction in blood pressure and heart rates by countering effects of sodium.

An average sized (100g) cucumber contains about 142 mg of potassium but only 2 mg of sodium, which also makes it mildly diuretic.

The term “cool as a cucumber” probably originated due to the inside of the cucumber actually being 20 degrees cooler than on the surface on a hot day due to its high water content. It is also high in silica, a nutrient that helps with new tissue formation and can improve skin health.

Try sliced cucumbers on the skin and eyes to ease swelling and improve skin tone. And for those concerned with bone health, cucumbers have a surprising amount of vitamin K within its watery contents, about 49 mcg and that’s with the peel. It’s best to eat the peel unless bought at a grocery store where most of them apply an edible wax that I certainly wouldn’t eat.

Try to buy them from farmers markets or grow your own to avoid the wax. Eating the peel also provides a good amount of dietary fiber that can also help eliminate toxic compounds from the intestinal tract. If you do get a waxed one, go ahead and peel it. You’ll still get about 20 mcg of vitamin K, plus the other nutrients.

Best way to eat a cucumber is certainly raw, whether sliced in a salad, diced with tomatoes or gently placed slices between two pieces of crustless lightly buttered white (aghast!) bread when eaten while wearing a big red hat.

Try this delicious soup recipe: Sautee 2 cloves of garlic and 1 small onion for about a minute, add 1 tbs fresh squeezed lemon juice and cook for a minute more. Add 3 3/4 cups cucumber slices, 1 1/2 cups vegetable broth, a dash of sea salt and freshly ground black pepper, and a pinch of cayenne. Bring to a simmer. Reduce heat to a gentle simmer until the cucumbers are soft. Transfer the soup to a blender. Add 1 avocado and 1/4 cup chopped parsley and blend on low speed until smooth. Pour into a serving bowl then stir in 1/2 cup organic plain yogurt. For a hot summer day, chill then serve with sliced cucumbers on top sprinkled with some sesame seeds. Yummy!

Gina Dostler can be reached at [email protected]