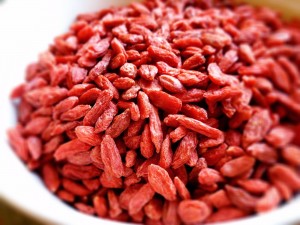 The word antioxidant is pretty ubiquitous these days. With cancer seemingly everywhere and the history-long desire to live long and prosper, anything that might rescue our bodies from the ravages of time and disease is gobbled up quickly with hopes of health and longevity.

The berry bunch that includes blueberries, raspberries and strawberries each contain their own type of antioxidant that is nutritious for the body. Free radicals that terrorize cells are obliterated (or at least contained) by the high anti-oxidizing properties found in these foods. The ORAC (oxygen radical absorptive capacity) is extremely high in berries and only exceeded by kale and spinach.

Adopted by the US Department of Agriculture, the ORAC is the standard test that measures the potency of antioxidants in foods. It gives a good account of the free radical destroying potential for foods by measuring the time an antioxidant takes to react and how much antioxidants are within the food. Combined as one element, the rate has been applied to many fruits and vegetables. One fruit in particular has an ORAC reading that is off the charts.

The tart, reddish fruit grown in central China called wolfberries (better known as goji berries) have been used for more than 2,000 years in Tibet and China to promote health. Looking somewhat like a dried red raisin, goji berries are nutritional dense and antioxidant rich to the tune of a 25,300 ORAC score in just 20 grams of the fruit. Black raspberries follow with 7,700 ORACs in 65 grams, and blueberries at 2,400 ORACs in 208 grams of fruit.

With 11 essential and 22 trace dietary minerals which include calcium, potassium, iron, zinc, selenium, 18 amino acids (proteins), six vitamins and five carotenoids that include beta-carotene, zeaxanthin and polysaccarides, goji berries pack a nice healthful punch in such a small package.

Asian medicine has used the goji berries and goji juice to strengthen the heart and immune system along with improving liver function and eye health. The Journal of the American Nutraceutical Association states that wolfberry juice has “high levels of antioxidants” with beneficial immune boosting effects in mice.

To say these little fruits have everything the body needs takes its nutritious nature a bit far, but adding them in moderation to a daily diet of healthy foods in a balanced diet provides an added benefit for the body.

In Asia, the berries are normally eaten raw or made into teas or added to hot cereals and soups. The tea is made by boiling herbs and goji fruit in water for three to five minutes.

In the U.S., soaking them overnight then whipping in a blender in the morning provides a nice puree to add to a healthy smoothie or nutritious drink.