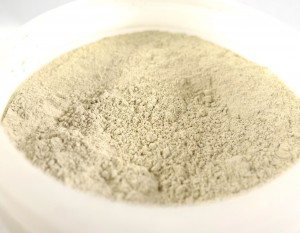 Mud is attractive, and definitely sacred.

Really, it is. Pigs love to wallow in it. Beavers use it as cement for their dams. Monster truck racing wouldn’t be the same without it. And how many mothers laundry room have been stocked with mud filled clothes from their child’s adventurous day after a rain?

It’s also good to note mud is not necessarily dirty. Minerals in the clay give mud its beneficial attributes and makes some mud the perfect setting for purifying the body, both inside and out.

Consider mud baths at a spa where the body gets covered from head to toe with red clay. It draws impurities out through the pores where waste and dead cells are absorbed into the clay, all the while tightening and revitalizing the skin. Those same properties enable the cleansing of the body’s toxic buildup instead of getting reabsorbed back into the body.

Medicinal clay has been used since prehistoric times and still used by indigenous people today. There are several types and grades of clay, but bentonite is the one heralded for its internal cleansing with its adsorptive and absorptive properties. Bentonite in its dry form is inert. But when mixed with water, the magical qualities are activated.

This unique clay is formed primarily of an extremely flat crystal flake called Montmorillonite that carries a relatively strong negative ionic charge. What this ionic charge actually does is magnetically grab heavy metals, toxins, bacteria, acid and other junk in the body which always carry a positive charge.

Though the entire adsorption process is a bit more complex with the swapping of other molecules, in the end the toxins are absorbed into the clay as they make their way out of the body through normal bowel movements. The absorptive quality is made possible by the low number of minerals. It contains magnesium and approximately 67 other trace minerals.

A popular ingredient in detoxification programs, the benefits of bentonite range from removing toxic metals and chemicals following radiation treatments to promoting healthy bacteria balance in the digestive system while improving nutrient assimilation. It also helps detoxify the liver and boosts the immune system. Bentonite clay also re-mineralizes cells and tissues and alkalizes the body. You’ll find this clay in toothpaste, deodorants, veggie washes, soaps, and poultices for rashes, burns, and bites. There are many uses for this magical mud.

But not all bentonite clays are made the same. For health purposes, it’s important to get a reputable company that sources the purest forms of clay away from any possible toxic area since the clay’s magnetic quality can absorb whatever is around it, including the mining’s metal equipment.

Many people are put off by the high aluminum content. Though aluminum can be dangerous for the body, the source and form of aluminum makes a big difference in how the body utilizes it. The highly negative charge of the aluminum found in the clay makes it impossible to absorb into the body and exits out along with all the other positively charged toxins.

The best internal cleansing clays will combine both forms of bentonite: sodium bentonite and calcium bentonite. The sodium variety has the ability to extract much more toxins but leaves its sodium molecules behind. The calcium form is better at re-mineralizing the body with calcium and silica. Utilizing a combination of both types is essential.

It’s always best to consult a doctor first before using the clay, especially if an individual is under prescription medication and/or has high blood pressure.

Taking the clay internally is simple but requires a certain regiment. One to two teaspoons of clay mixed with 8 ounces of filtered water for three days. Stay off it for four days. Start it up again on the fifth day, taking it for four days then off of it for another three days. It usually takes about a month to regulate to the schedule. Never use any type of metal cup or spoon to keep the quality and purity of the clay intact.

It is especially important to take the clay on an empty stomach, at least one hour before a meal or when taking supplements so it doesn’t interfere with nutrient absorption. Drinking plenty of water throughout the entire process is important to keep the body hydrated.

So all in all, mud is essential despite the frustration of muddy footprints on the kitchen floor. And whether externally rolling around in a mud bath to cleanse the skin; or taking the clay internally to soak up toxins, a little bit of mud’s magical abilities can at least keep the body clean.