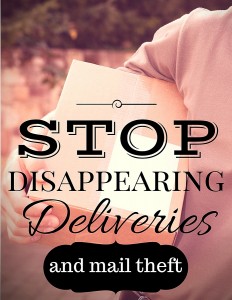 The holiday season is not only the time of year to spread joy and good cheer, but it’s also a busy time for thieves.

In a Nov. 18 message, police gave an example of a crime that targeted a holiday shopper that recently occurred in Newport Beach.

“Don’t get caught off guard this shopping season by a distraction thief, pick pocket, or other trickery,” police warn in the message.

A later message on Nov. 19 also included several tips on how residents can reduce the risk of becoming a victim of package and mail theft this holiday season.

“We continue to see an increase in the number of package thefts from porches in addition to the theft of mail from residential mailboxes,” police wrote in a message sent out on Nov. 19.

To prevent packages from being stolen, police recommend buyers track the parcel so they know when to expect it to be delivered and can ensure someone is home to receive it. If nobody will be home, police recommend asking a trusted neighbor to accept the package on the buyer’s behalf. Also, always require a signature when having items delivered. Police also reminded residents to never leave packages unattended on the front porch.

Mail is also often stolen during the holiday season, the message explains.

Police recommend using a U.S. postal collection box or depositing mail inside the local post office. Never send cash or coins through the mail and when reordering checks, have them sent to the bank.

Report any checks, bills, or other mail that do not come when expected to the appropriate agency, police suggest.

Mail should be checked the same day it was delivered, police note, never leave it in the mailbox overnight. If the resident is not home, police again recommend asking a trusted neighbor to help and pick up the mail.

“Mail thieves look for bank statements and credit card bills, which can be used to create counterfeit checks or fake 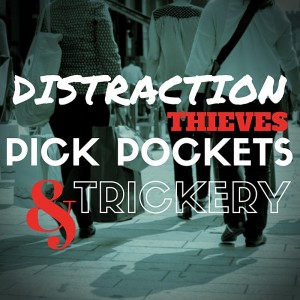 identifications,” authorities warn. “Thieves also look for personal checks enclosed in utility bills or other payments. Thieves take these stolen checks, remove the ink, and then fill out the blank check with their name and desired amount.”

In the Nov. 18 advisory message, police reminded residents to be aware of their surroundings while out shopping during the holiday months. If a situation seems suspicious, police advise people to head to a nearby store or a secure location and notify police.

“If your arms are full of shopping bags and packages and you do not feel comfortable walking to your vehicle, ask the store or security for assistance,” the message reads.

They also encouraged shoppers to watch their personal valuables while out and avoid setting down a purse, wallet or cell phone.

“When you take your wallet out of your purse or pocket, make sure you put it away as soon as the transaction is completed,” they advised. “Women should always keep their purses closed and men should keep their wallet in a front pocket. Purses are easy targets, so don’t leave them hanging on a chair while you are out dining and never leave them unattended as you load your vehicle.”

On Oct. 27, at approximately 5 p.m., a woman was carrying her purse and several shopping bags to her car.

“As she started to get into her vehicle after setting her purse on the driver’s seat, a male subject approached her from the rear driver’s side of the vehicle,” police explain.

The man said, “Look, look!” and pointed toward the ground where numerous dollar bills were scattered. He began gathering the money the tried to hand to the woman, who said it wasn’t her cash.

“The subject did not respond to the victim, but instead, continued to pick up the money while motioning for the victim to come toward the rear of her vehicle,” according to police.

Her front driver’s side door was left open as they walked around to the back of the car, where more cash was spread on the ground. The victim reiterated that the money was not hers.

“All of a sudden, the subject threw the money he was holding to the ground and fled,” police describe in the message. “At that same moment, the victim saw a second male subject run away from her open driver’s door. She quickly lost sight of the two as they fled through the parking lot. Immediately the victim knew something was wrong and realized her purse had been stolen from the seat of her car.”

Report all suspicious activity or thefts to the Newport Beach Police Department‘s non-emergency line at (949) 644-3717. For more information, visit nbpd.org.