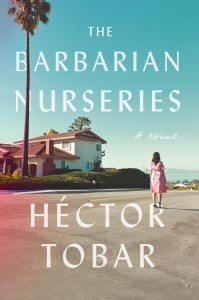 I feel like summer always goes out with a bang, and I don’t necessarily mean that in a good way.

While I may grieve the loss of a more carefree lifestyle, this time of year always brings with it such frenzy.

Getting back in the swing of things after being lazy for two months is hard work. Everyone needs new shoes and backpacks, and I positively hemorrhage money from now until mid-September. Between registration (at three schools, mind you), school shopping (which we’ve barely started) and just mentally gearing up for our crazy schedule, the accompanying routine actually becomes somewhat welcome.

As summer ends, and things return to normal, the library is also preparing to welcome back the school-year schedule. Newport Beach Library has just announced this year’s line-up of books for their book discussion group, which kicks off its new season on Wednesday, Sept. 9.

First up is the classic by Harper Lee, “To Kill a Mockingbird.” It seems that with so much discussion over the summer

of Lee’s new book, and how the revelations it made could affect one’s opinion of the original, the library staff has decided to go back to the beginning, and revisit the book that made us love Atticus, Scout, and Jem, so many years ago.

After re-reading it myself this summer, I can whole-heartedly recommend the return trip to any fellow readers who, like me haven’t cracked that particular spine in more years than they care to admit.

Following “Mockingbird” will be the selection for October, “Redeployment,” by Phil Klay. As Klay will be appearing at the library later this fall, you can expect to hear more in the coming months about his book, which details, through its collection of twelve stories, the events of the conflict in Iraq, as well as its aftermath.

On tap for November is a charming book, which coincidentally I just bought on a whim when checking out on Amazon. “The 100-Year-Old Man Who Climbed Out the Window and Disappeared,” by Jonas Jonasson, tells the story of Allan Karlsson, who, rather than celebrating his hundredth birthday at the nursing home, decides instead to climb out the window and set off on a new adventure. Having already lived a life full of newsworthy happenings, Allan’s new chapter is but a cap on an already great story. 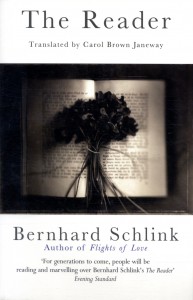 December will bring readers “The Book Shop” by Penelope Fitzgerald, in which we meet Florence Green, a widow who uses her small inheritance to open up the first and only bookshop in her small town of Hardborough, Suffolk, England. Along the way, she will become all too acquainted with how difficult it can be to alter the habits of small-town folk, who are already set in their ways.

In the new year, readers will continue to have the opportunity to enjoy lively book discussion with their fellow library patrons, as the second half of the season unfolds with the following titles:

May: “Everything I Never Told You,” by Celeste Ng

June: “The Reader,” by Bernard Schlink

The book discussion group will meet on Wednesday mornings from 9:15 to 11 a.m. at the Central Library. Sessions are free, there is no need to make a reservation, and each meeting will be moderated by a library staff member, ensuring that every month will bring a meaningful discussion of its selection. After all, who wouldn’t want an actual librarian as a member of their book club?

Falling in line with NBPL’s mission statement to “engage the community in cultural and intellectual adventure,” this is but another way that they are succeeding in bringing neighbors together, and forging new relationships through a shared love of books.

For more information about this, or any of the library’s many community programs, please visit newportbeachlibrary.org, or call (949) 548-2411.