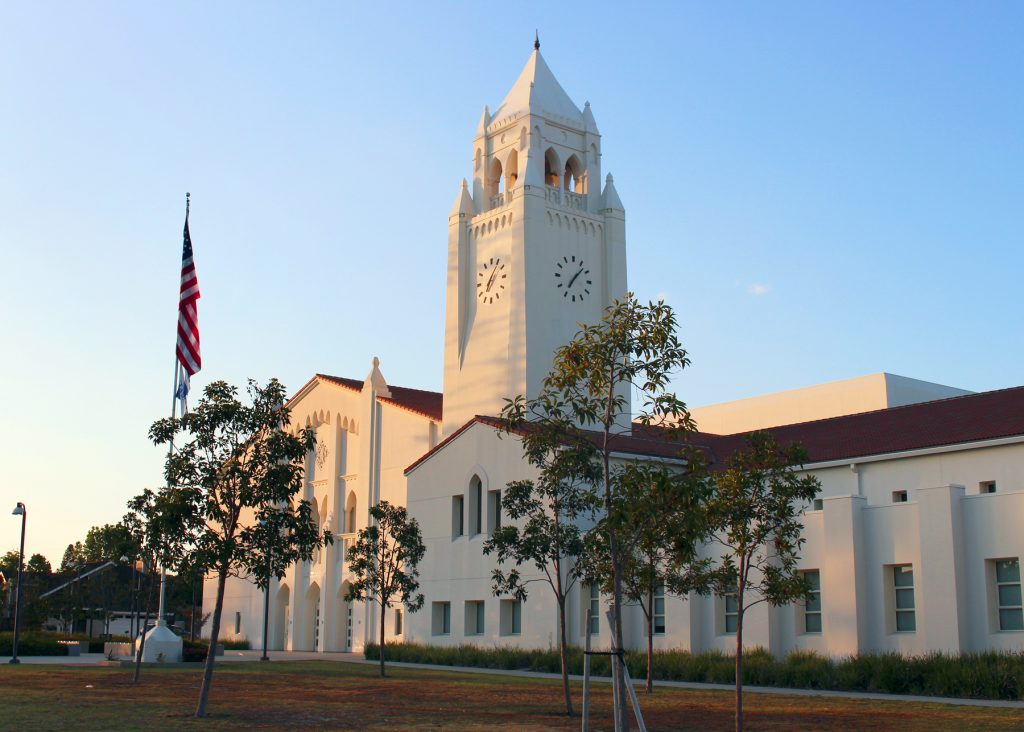 The Newport Harbor High School Alumni Association has announced the eight names being added to their Hall of Fame.

The new Hall of Fame class was celebrated in a special presentation on the evening of Thursday, Oct. 13 in the school’s Robert B. Wentz theater as part of Homecoming Week.

The school’s Hall of Fame tradition began in June 2014, when the Newport Harbor High School Alumni Association inducted its first Class of Alumni and Faculty. They have recognized award-winning athletes, brave military personnel, ground-breaking scientists, public servants, artists, writers and actors, as well as beloved teachers, coaches, and administrators—all individuals who reflect the school’s most cherished values of good citizenship and service to others.

While those recognized come from different fields and have pursued diverse goals, what unites them is the quality of their work and the way they embody NHHS’s most cherished values—personal excellence and service to the community.

The six Alumni inductees include:

John Altobelli, Class of 1981: Standout baseball coach, excelled as an outfielder and team captain at NHHS, Golden West, and the University of Houston. After a season with the Miami Marlins, he started coaching and became head coach of Orange Coast College Baseball in 1992. He helped turn the program into a powerhouse with four state and one national championships and 702 wins. Eight-time Orange Empire Conference Coach of the Year and four-time State Coach of the Year, he coached for Team USA and the acclaimed Cape Cod Baseball League. Honored as the ABCA 2019 National Coach of the Year and in the 2021 ABCA Hall of Fame, he passed away in 2020 in a tragic helicopter accident.

Paul Le Mat, Class of 1963: Iconic Golden-Globe-winning actor, served with the US Navy in the Vietnam War and was awarded the National Defense Medal, Vietnam Service Medal, and the George Washington Honor Medal. In 1972 he won the LA Diamond Belt Welterweight Division at the Southern Pacific AAU Boxing Championship. As an actor, he first broke out as John Milner in “American Graffiti” (1973) and won the Golden Globe for New Star of the Year. Among his many performances, he appeared in the Jonathan Demme films “Handle with Care” (1977) and “Melvin and Howard” (1980) which won two Academy Awards. He won a second Golden Globe for “The Burning Bed” (1984) starring Farah Fawcett.

Debbe Pyle Magnusen, Class of 1974: Devoted child advocate, opened her home as a foster parent to 35 children and was moved by the struggles of drug-exposed babies. In 1988, she started Project Cuddle to provide stuffed animals for law enforcement to give to children. In 1996, she expanded Project Cuddle to include a 24-hour crisis hotline to prevent child abandonment, which as of June 2022 has helped 861 babies and their parents. She was honored as an Olympic Torchbearer Community Hero, with the Disney Community Service Award, and by Child Help USA, CBS, Oprah, the Lion’s Club, People, the CA and US Senates, Clarins International, Toastmasters, and with the 2022 Service from the Heart Award.

Raun Thorp, Class of 1977: Creative architect, co-founded a multidisciplinary design practice with her husband Brian Tichenor in 1990. They have completed over 500 international projects, including restorations of Capitol Records and the Cecille B. DeMille residence. Their work is committed to sustainability and been featured in over 25 books and 100 publications like The New York Times Magazine and Architectural Digest. In 2017 she published Outside In: The Gardens and Houses of Tichenor & Thorp. Honored with many awards, she has sat on the boards of Big Sunday and the South Carthay Historic Preservation Overlay Zone, and is a fellow of the Garden Conservancy, a member of the Society of Architectural Historians, the LA Conservancy, UCLA’s Las Doñas, and a patron of the Hammer Museum and LACMA.

David Ullman, Class of 1964: Championship sailor and business owner, earned over 30 titles on the water, including four World Championships in the 470 class (1977, 1978, 1980) and Melges 24 (2007). He became an SORC and Admiral’s Cup winning skipper, a US Team Racing champion, a US Men’s National Champion (Mallory Cup), and a five-time Southern California Lipton Cup Champion (1992-1997). He coached and sailed for America’s Cup teams in 2000 and 2003, and guided many US Olympic sailing teams. He founded Ullman Sails in 1967 and set the standard for quality sails. He was honored as the 1996 Rolex Yachtsman of the Year and in the USA’s 2016 National Sailing Hall of Fame.

Dr. John M. Vierling, Class of 1963: Groundbreaking doctor, was an Eagle Scout and attended Stanford for his BS in Biology and MD. He innovated surgical techniques for liver transplantation and developed therapies to reduce the number of transplants needed. He helped establish the United Network of Organ Sharing and was the founding director of liver transplant programs at the University of Colorado and Cedars-Sinai/UCLA. He is now a Professor of Medicine and Surgery, Chief of Hepatology, and Director of Liver Health at Baylor College. As Chair of the American Liver Foundation, he advocated for patients with hepatitis B and worked to create a Division of Viral Hepatitis at the CDC. He has been honored many times, including the AASLD Distinguished Service Award and America’s Top Doctors.

Bill Burge, Science teacher at NHHS 1969-1997: Grew up on a working orange grove in Tustin. At NHHS he taught many Science courses, including AP Biology and DaVinci Integrated Science, and developed a popular Marine Science course. Believing that students learn best through hands-on opportunities, he co-wrote a Summer Fields Study in 1971 to guide groups of students through the Sierra Nevada mountains, and helped start the Environmental Nature Center. He was recognized with the Bill Boyer Teacher of the Year Award, the National Association of Geology Teachers, the Geological Society of America Excellence in Earth Science Teaching, and the NMUSD Service Appreciation Award.

Joe Robinson, Humanities teacher at NHHS 1969-2022: Came to NHHS as a Spanish teacher after two years at Ensign. He took over the Latin program, and taught Anthropology and History. In the 1990s he pioneered a US History class for second-language students and AP European History. He wrote NHHS’s successful National Blue Ribbon School application and brought the Academy system and International Baccalaureate program to campus. He started an Art History course and wrote plays and movies for freshmen students. He oversaw many clubs and announced Basketball games for over twenty year. With a career that stretched over decades, he was recognized as Teacher of the Year several times.

Since its founding in 1930, Newport Harbor High School has proudly served its community as a California Distinguished School, National Blue Ribbon School, and International Baccalaureate School.

The Newport Harbor High School Alumni Association is committed to honoring this legacy by engaging students past and present, supporting the scholarship program, maintaining the campus museum, and preserving the school’s rich heritage.