Remember, you heard the name here first. He will be making his debut at the Newport Beach Film Festival tonight (April 26) with his film “Blood Type: Unknown.”

Caitlyn Landale, played by up and coming actress Jenna Kanell, reluctantly goes away to college to appease her smothering parents, but her real dream is to be a novelist. Resentful about being at college, she unexpectedly meets and falls for the “bad boy” Adam Godfrey (Doug Penikas) and soon learns he is carrying a four hundred year old secret.

The storyline is captivating, but the story behind the film is equally compelling.

The path that led Penikas, a local OC boy, to writing, acting in, directing and producing his first film at the age of 23 (released at age 25) is paved with talent, hard work, perseverance, and the willingness to learn from everyone and anyone who is in a position to teach him.

Upon graduating from Canyon High School in Anaheim Hills in 2005, Penikas attended Orange Coast College, where he studied film under Robert Lazarus. He worked as a principal dancer in “High School Musical 2” and “High School Musical 3.” Being on a real film set was invigorating, and although he had many days of dancing eight hours, said, “I did not want that job to end. It was like a working vacation.”

The experience left Penikas eager to get back on a film set.

Penikas has also appeared on other popular shows such as “GLEE” and “How I Met Your Mother.” When not in a scene, Penikas could be found making friends with the lighting guys and the camera guys – asking questions, observing, and gaining more knowledge of the technical aspects of filmmaking.

Never one to inch into the water, Penikas prefers diving into the deep end. He made the decision that he was done for the moment auditioning for other people’s movies. He was ready to make one of his own.

The film, Penikas knew, would be a full-length feature, but being an independent film, would have to be affordable. One other aspect was essential: A story that would incorporate the close knit group of actors he had come to greatly respect the past three years in his acting class at the Brian Reise Acting Studios in Los Angeles.

Penikas knew from some of his favorite films such as “Finding Neverland” with Johnny Depp and Kate Winslet, or “Adjustment Bureau” starring Matt Damon, that “the emotional impact of the story” is what made those movies great, and “the strongest moments are in the subtle scenes.” Strong moments in subtle scenes would become Penikas’s focus.

Penikas chose to write a love story. “We love to see people fall in love, and the cynics out there love to see them fall out of love,” laughed Penikas.

With his penchant for the supernatural, there would have to be a supernatural element to his love story. Between the handfuls of popcorn and sips of soda, eyes should widen, hearts race, and tear ducts churn.  He wanted to have at least one larger than life character.

“When you go to the movies, you [should be] sucked in, caught up in the drama.” He added, “I like to make the ridiculous work.”

Penikas began bringing scenes of the screenplay he was writing into his acting class where his fellow students read and worked with the scenes, giving him valuable feedback. He began writing the film for these extremely talented actors with impressive resumes. Among his favorite roles, is the priest, played by Sean Spence whom Doug describes as a “great writer and fantastic actor.”

I am not sure what type of blood Doug Penikas has, but I am willing to bet he’s got something special running through his veins. Something beyond talent and experience. It’s that unknown element that makes magic happen.

Join me at the premiere of “Blood Type: Unknown” screening Friday, April 26, at The Triangle Theater in Costa Mesa. Meet Doug Penikas and the cast and crew. To watch the trailer or learn more visit bloodtypeunknownmovie.com. For tickets, visit NewportBeachFilmFest.com. 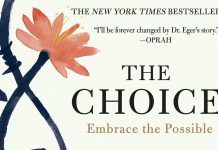