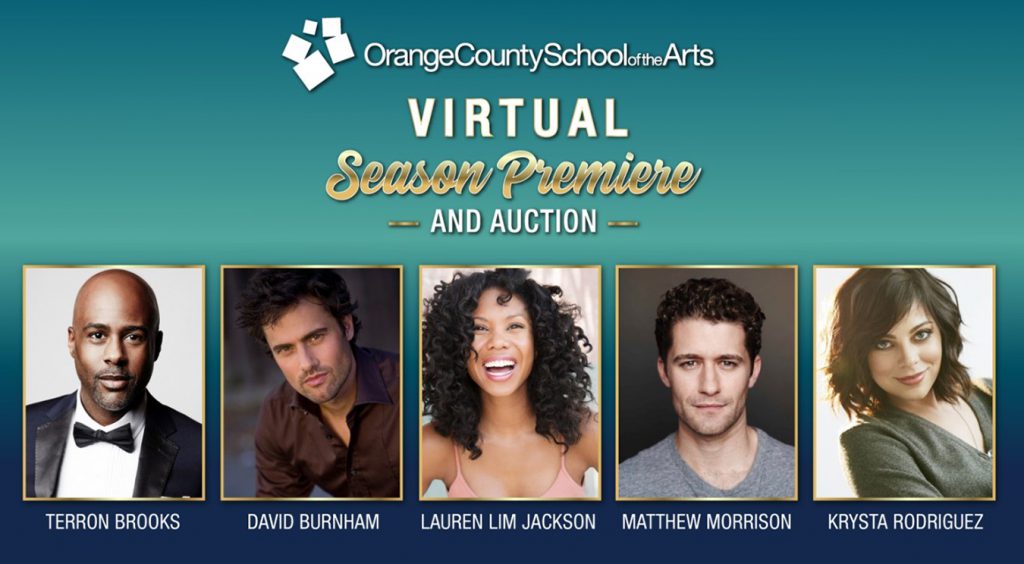 The last time I saw Krysta Rodriguez, she was belting Broadway showtunes with students from the Orange County School of the Arts (her alma mater) at the Balboa Bay Resort as part of OCSA’s annual Season Premiere.

This is OCSA’s fifth annual Season Premiere, and will highlight the best of previous Season Premiere shows. The event features new, professionally recorded performances by OCSA’s past guest artists, including Rodriguez.

“We all went into a studio in Rancho Santa Margarita, separately,” explained Rodriguez during a recent phone interview from New York. “The performers all come in and out—I sing a couple of songs and give a plea for support.”

Rodriguez’s association with OCSA began when she attended classes at the school’s original location in Los Alamitos. She migrated with the school when it moved to its current home in Santa Ana.

“I always knew I loved performing, but didn’t know it was a career,” said Rodriquez. “Once I knew what it was, everything started to click and I knew that’s what I needed to be doing.”

After graduating from OCSA, she moved to New York and attended New York University, but after she began to land Broadway shows, she took the plunge and never looked back. Among her credits: “A Chorus Line,” “Spring Awakening,” In the Heights,” and “The Addams Family.” She’s also had numerous TV roles, and this time last year, she was doing a solo show at the famed Feinstein’s/54 Below nightclub in New York.

“I have lived in New York for 18 years and it’s something I could have done 10 years ago, but something was holding me back,” said Rodriguez. “I never felt like I had my repertoire. But finally, it kind of fell in my lap and I booked it.”

Rodriguez performed her solo show (with the help of a few guest singers) for six nights.

Once the coronavirus hit town and all the Broadway shows closed, Rodriquez said she was basically a shut-in for four months. She did some online teaching and play readings, but the TV show she was cast in halted production, although it has just picked up production.

In the meantime, Rodriguez – who has always had a passion for interior design – began designing homes with a friend and has created her own design company. In fact, the interview for this article was conducted while she was on site for a home remodel.

Rodriguez has managed to combine her artistic loves and is forging a dual career that is sure to keep her busy for a long time to come.

OCSA is grateful to Honorary Producers Carole Pickup and the Balboa Bay Resort and Club as well as Associate Producer McKenna Auto Group for helping make the Season Premiere possible.

The auction and performance website are accessible at bidpal.net/SeasonPremiere.