It’s not every day you get an invite from Robert De Niro and Chef Nobu Matsuhisa to come to their Nobu restaurant in Lido Marina Village to partake in a traditional Sake Ceremony, but last Tuesday evening I was sipping sake while watching Chef Nobu, De Niro and other Nobu partners conduct a sake ceremony and officially christen Nobu Restaurant.

“I’m very happy to be here tonight,” Chef Nobu told the packed restaurant of several hundred VIPs, including Newport Beach Mayor Marshall Duffield and Councilwoman Diane Dixon. “This is a very traditional sake ceremony, and I’m so happy to be here myself. To my team in the kitchen, I’m very proud of you guys. Please everyone enjoy, eat, drink.” 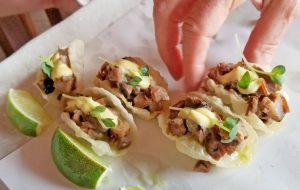 Chef Nobu then introduced De Niro, who noted that “This space is great.” 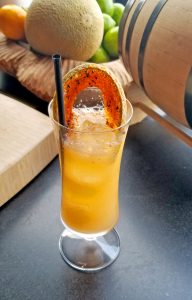 During the evening, guests indulged in Nobu signature dishes including tuna and salmon tacos, as well as unique cocktails from the Nobu Grand Cordon Bar.

As for the actual ceremony, guests were treated to a Japanese Taiko Drum performance before the founding partners smashed open the ceremonial sake barrel, a traditional Japanese good luck ritual.