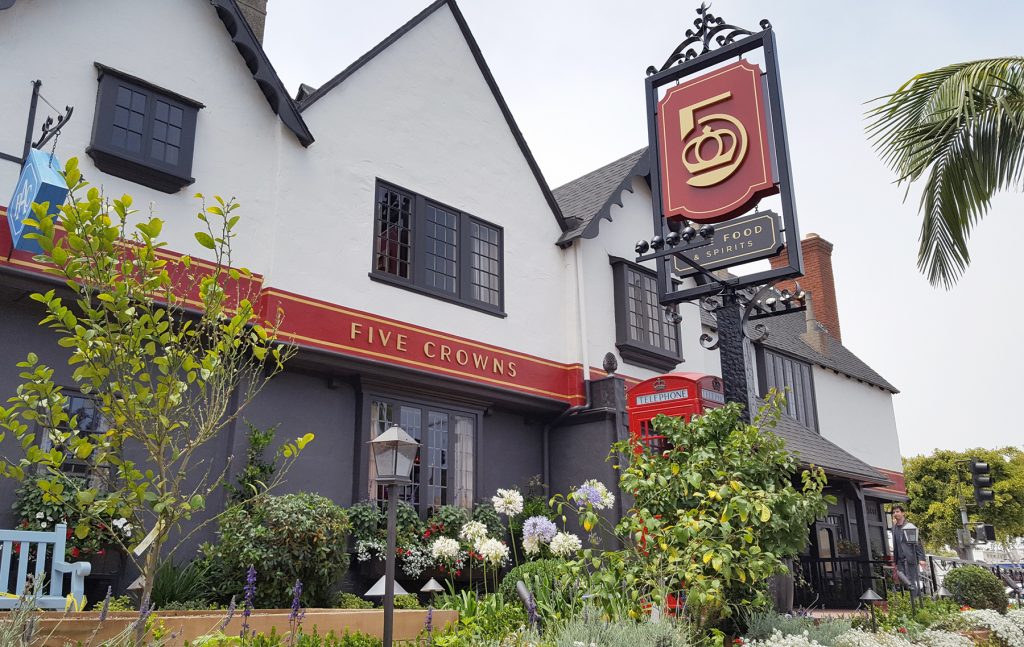 Five Crowns celebrated its 50th anniversary in 2015—an impressive feat for a restaurant. Not many others in So Cal can make that claim.

Now comes an equally impressive Five Crowns milestone: Tommy Martin, the Five Crowns ambassador, king of culinary goodwill and prince of smiles, is marking his 50th year as an employee of Five Crowns.

As a tribute to his longevity and loyalty, Five Crowns has renamed the main dining room the Tommy Martin Room.

If you dine at Five Crowns on a Friday, Saturday or Sunday evening, you can’t miss Tommy, or his smile. He lights up the dining room with his boyish enthusiasm as he pours wine, delivers dishes, or just checks to make sure your experience is as good as it can be.

“I love it here, I am so blessed,” Tommy told me when we chatted several weeks ago. “I love the company, love the people that come in here It’s just a win-win situation. We’ve had a good marriage. The restaurant has been good to me and I have been good to the restaurant. I enjoy coming to work. I’m here even when I’m not supposed to be here.”

“I feel as good or better than I did 50 years ago. I feel at peace,” added Tommy, who is 76 but seems much younger. “It’s mental. I try to tell people that. I want people to be like I am, having a good time and enjoying life.”

To keep in shape, Tommy runs marathons (he participates in the Corona del Mar 5K every year) and works out with weights.

“I have 20 pounders. I did 100 reps once, but now maybe 50 or 60 reps a day. I also do the plank for 4 to 5 minutes at a time, but after a while it gets boring so I start doing pushups. I do lots of stretching, sit ups, the whole nine yards. I was in Gelson’s several months ago—I always wear compression shirts, and some guy came up to me and asked if I was Jack Lalanne. I said no, but he’s my hero.”

Tommy’s other hero is Chuck Jones, the late animator (Bugs Bunny, Road Runner) who lived for many years in Corona del Mar and often dined at Five Crowns.

I asked Tommy, who has the nickname Tommy Roadrunner, to tell me how he met Chuck.

“When I was a tennis player, I did not have a backhand so I would run around to hit the ball, and I was so fast that they nicknamed me roadrunner,” explained Tommy. “One day in 1980, Chuck Jones came in here with his wife. Someone told me he is the one that created the roadrunner, so because they called me the roadrunner I went to talk to him and told him my story. He said get me something to draw on, so I got one of our postcards and he drew a roadrunner with a tennis racket on it for me, and signed it. I thought it was the greatest thing ever. I thought that would be the last time I saw him.”

Turned out Chuck lived in Cameo Shores and he dined at Five Crowns frequently, which is how the friendship started between Tommy and Chuck.

“I would go out to dinner with him and his wife Marion, I’d go to his home for Thanksgiving,” said Tommy. “He became like a father to me. My father passed away when I was young. He would come with Melinda, his daughter, to see me on Father’s Day, and I’d send him a Father’s Day card. Now she and I celebrate Father’s Day together in honor of Chuck.”

So how does a young Englishman end up working at Five Crowns?

“I worked on cruise liners starting when I was 16,” explained Tommy, who worked the New York to Bermuda cruise line until it ended. He stayed in New York and got a job at the original TGIF restaurant. But after experiencing his first harsh winter in New York, he decided to head to a warmer climate: California. 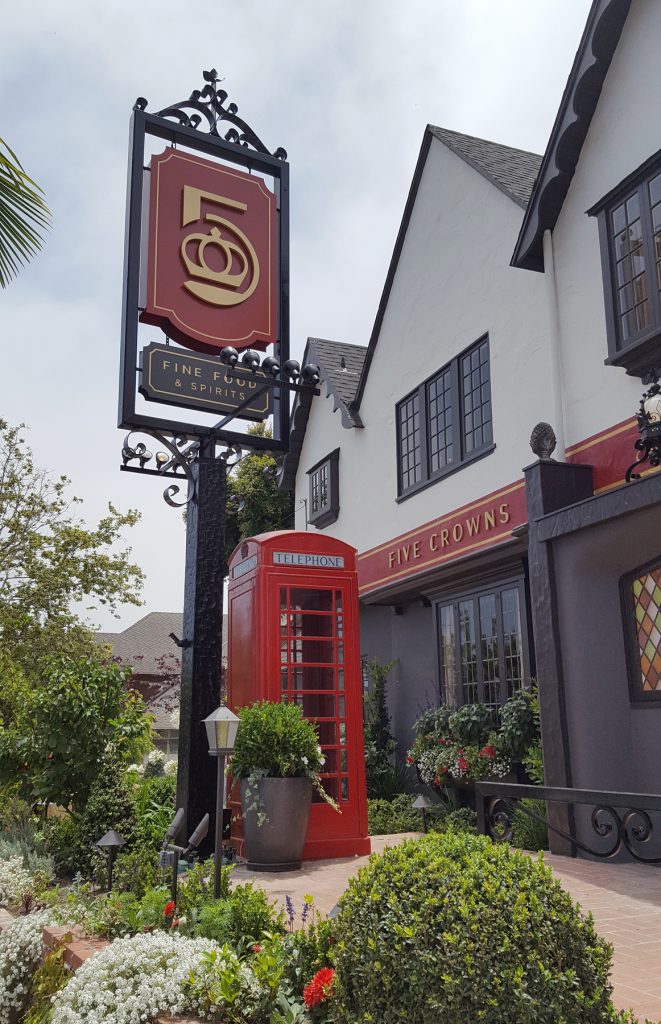 “I was used to Bermuda weather,” said Tommy. He spoke to a friend who had moved to Costa Mesa with his wife and children, and told him he was thinking of heading to San Francisco. The friend offered Tommy temporary housing until he found a job, so Tommy said yes.

“I nearly ended up in San Francisco,” recalled Tommy, who didn’t take long to find work. “I came by Five Crowns and saw the English phone booth out front, and thought they had to have something there for me because I’m English.”

That something turned into a five-decade tenure.

“I could not be more blessed. I have met John Wayne, President Nixon, Elizabeth Taylor. The people that come in here are wonderful, I look forward to seeing them.

One of my favorite sayings is ‘to care and give without expecting anything in return.’ You get it back a hundred fold. That’s the secret. That’s one of the reasons people come back here.”

Tommy paused, then added, “You can either be happy or miserable. You have a choice. Be grateful for what you have.”

And Five Crowns is grateful for what it has: Tommy Martin.