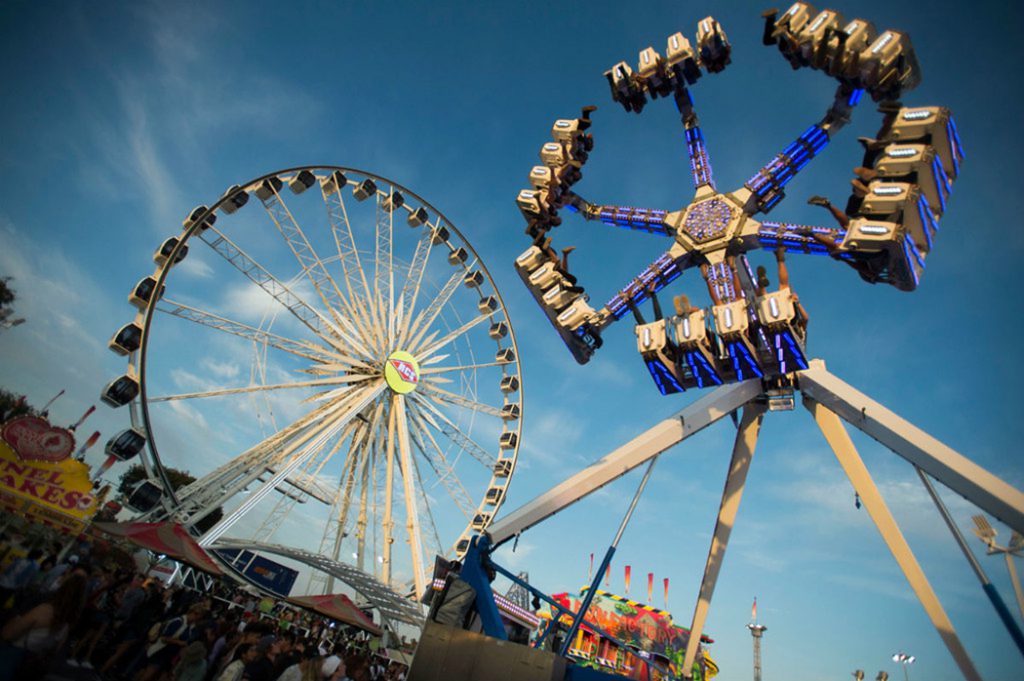 Ready for a summer of fun? How about “Acres of Fun.” That’s the theme of this year’s Orange County Fair that runs July 12 – August 11 at the fairgrounds in Costa Mesa.

This is the third year of a three-year initiative to focus OC Fair themes on agriculture. The 2017 theme was “Farm Fresh Fun,” a nod to agriculture products. “Free Your Inner Farmer,” the 2018 theme, saluted all the people involved in raising and enjoying the fruits of agriculture. The 2019 Fair theme focuses on land and the environment. 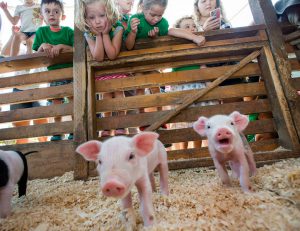 “We are very excited to show our guests how to have ‘Acres of Fun’ this summer at the OC Fair,” said Kathy Kramer, OC Fair & Event Center CEO. “We love showcasing agriculture and educating the public about our rich heritage – it’s our mission and our passion. I look forward to having a great Fair that helps fund our community give-back programs and provides terrific family fun.”

The OC Fair staff worked with concessionaires to offer new value-priced menu options in 2019 in addition to the $3 Taste of the Fair specials.

Other popular discounts and promotions will be back, including the opening day Free Till Three deal, the Read and Ride program for children, and We Care Wednesdays offering free admission and a carnival ride to fairgoers who bring donations for local nonprofits. 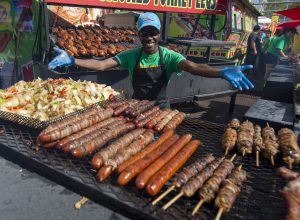 There will also be seniors days, kids days and discount days for carnival ride wristbands. Admission for veterans, members of the military and children age five and younger is always free. A full list of deals and discounts is posted on ocfair.com.

The Fair will be open this Friday through Sunday, and then Wednesdays through Sundays from noon to midnight and closed on Mondays and Tuesdays, through Aug. 11. .

The 2018 OC Fair attracted 1,470,636 guests, breaking the previous record set in 2011. The Fair also broke the single-day attendance record when 86,334 fairgoers arrived on Saturday, July 28. Nearly 1,500 seasonal employees worked at the Fair, a similar number were hired for this year’s fair.

In addition to the exhibits and competitions, carnival rides, midway games and farm animals, the most popular attractions at the OC Fair are the crazy only-at-the-fair foods and the musical entertainment at the Pacific Amphitheatre and The Hanger. 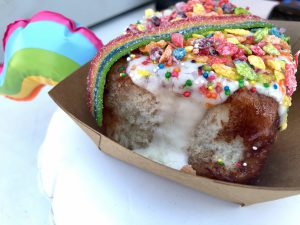 From a Buffalo Chicken Chimichanga at Chicken Charlie’s to Fruity Pebbles Shrimp Po’ Boy at Get Fried, there’s an assortment of fried, savory goodness for all taste buds.

Don’t forget: $3 Taste of Fair Food on Thursdays! Get a sampling of food and treats for only $3 each every Thursday from noon to 4 p.m. at most of the food purveyors throughout the fair. 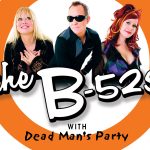 The Hangar will also feature a concert every night of the Fair. This year, tribute bands will pack the lineup with fan favorites like Dead Man’s Party, Queen Nation, Elton—the Early Years, Bee Gees Gold, Space Oddity, and Which One’s Pink? The Hangar will also feature original artists Los Lobos, The English Beat, Ozomatli, Berlin and Average White Band, and will finish off the season with The Paladins and Big Sandy & His Fly-Rite Boys.

Visit OCFair.com for tickets and details.