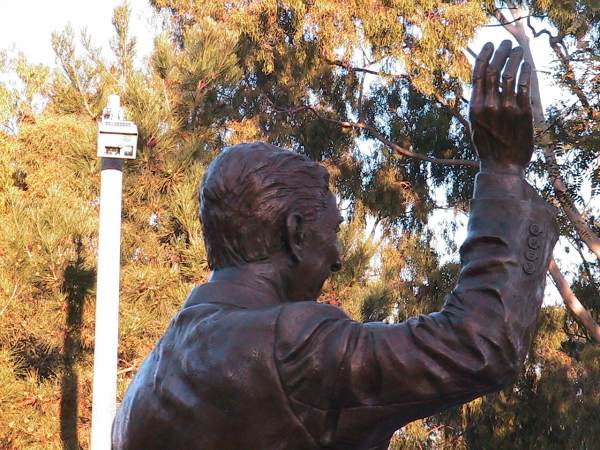 The statue of President Reagan that was vandalized a few weeks ago has been repaired and was re-installed in Bonita Canyon Sports Park yesterday. It is now under the watchful eye of a new video camera, to prevent a repeat of last year’s attack in which a man tried to pull the statue off its pedestal using a chain and a pickup truck.