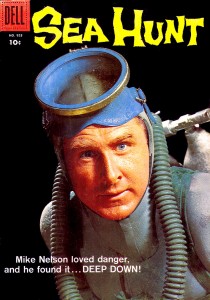 I wanted to express my appreciation for the various notes I’ve received since I started my columns. A few are corrections when my memory is a little fishy and some are readers whom my writing sparked shared past recollections. Thanks for your time to pass along your thoughts.

Recently I received a note from Mr. Payne correcting my faulty memory of ten years old of the passing of the very gregarious Rick Marcellus. He grew up with Rick and his older brother, and stated that Rick was lost at sea on a schooner named the “Albatross” in the Caribbean during an around the world voyage.

Following a book written about the voyage and tragedy, the Academy Award winner Jeff Bridges starred as the captain of “Albatross” and its voyage. I saw the movie and was impressed with the authenticity of a long voyage and sailboat cruising in general.

I recommend anyone interested, to see the movie, whether it be Netflix or a DVD rental company. Not only are there great sailing scenes, but the human interaction of all aboard is a large part of the story the movie tale interjects.

As most of you know, actor Lloyd Bridges is the father of actors Jeff and Beau. My first recollection of their father was my habitual fascination with the television series “Sea Hunt,” which starred Lloyd as a diver and operator of a 40-foot sport fisher.

His character was involved in scores of adventures boating and diving off Catalina Island and the coast of the L.A. area.

My upbringing, as far back as I can remember on boats in and out of Newport Harbor and this television series, were harmonist, which personally kept me quite interested in the exploits of “Mike Nelson.”

I’ll share an interesting tidbit of knowledge I learned in the early seventies, years after the television series ended.

I believe my past columns mentioned that I grew up with Steve Greyschock who built the “Pamela Rose” to catch bait for “Davey’s Locker Sport Fishing Landing” and Tony Greyschock, owner of “Fishing Boats Unlimited,” who, with his brother, built and ran the bait receiver anchored beside the jetty every summer to service the bait needs of sport fishing boats in and out of our harbor.

Their Dad was the west coast distributor of “Sea Craft” sport fishing boats in the 60s and 70s. They picked up and delivered Lloyd Bridges in San Diego for a boat show appearance in their “Sea Craft” demo to great fanfare.

My friend Steve Giannini drove the demo and learned during the voyage that Mr. Bridges didn’t know how to operate boats. Isn’t that amazing!