By Allie Davis | Special to the NB Indy

Are you bummed that your kids’ camps have been cancelled this summer?

Luckily, two of Orange County’s most renowned arts organizations recently announced that their arts camps and classes will still be available, only in reimagined form and online. It’s not the same as getting the kids out of the house for a few hours, but it’s something to keep them occupied.

Actually, it’s far more than “something.” In a community spaced six feet apart and decorated with massive cancellations, South Coast Repertory and Segerstrom Center for the Arts offer ongoing camps and classes that make it feel a little more like the normal we all miss.

Ranked “The Best” for six years by Parenting OC, South Coast Rep’s classes develop self-esteem and communication skills while immersing kids in grades 3-12 into the multi-faceted world of theater.

Whether you’d like to expose your child to an expanded lexicon of artistic opportunity, or simply help them stretch beyond their comfort zone, SCR’s theater camps provide a well-rounded growth opportunity for children of all backgrounds and interests. The classes will not only teach acting basics, but introduce children to other facets of theater like design, playwriting, singing, and improvisation as they are led by award-winning theater artists. 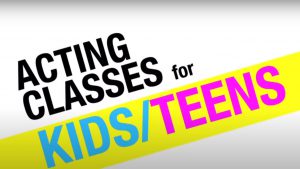 The summer acting workshop will be offered in a pair of two-week programs in both morning and afternoon sessions: the first running July 13-25 and the second July 27-August 8.

A typical day in camp involves two hours of interactive instruction via Zoom in voice, movement, and character development, followed by the final hour with a special guest who will bring to life the various aspects of theater such as playwriting, improvisation, singing, combat, and design.

The two-week camps conclude with a special performance for family and friends, also held via Zoom. There will also be a musical theater camp offered the same dates in July and August, as well as a Performance Ensemble camp for those who have already completed at least two 10-week sessions in Acting Classes.

The Performance Ensemble Camp gives students the opportunity to unite as an ensemble despite being separated by screens. Innovatively using Zoom technology to bring artists together, South Coast Repertory gives youth the opportunity to perform together again as they bring a play to the small screen in just two weeks.

And for those in the adult community who may be looking for something extra to do this summer, they will be offering $35 discounts on all Adult Acting & Playwriting Classes.

If you are looking for something less committed than a two-week acting camp, then The Segerstrom Center’s online arts classes may be just right for you.

Their Center at Home’s library offers an expanded variety of fun and educational videos, as well as creative challenges and news on their social media channels. No matter what your artistic interest is, their library is sure to have something just for you—choose from Bollywood Dancing, Broadway Challenges, Mindfulness and Music, and much more. Center at Home offers you a chance to keep up with your passions and maybe even find new ones during a time when everyone can use some unity, activity, and creativity.

And if you are missing that unmatchable experience of either performing on stage, or sitting among an audience of individuals who share an experience, Segerstrom Center’s Raise the Curtain Campaign is asking for donations to help sustain your non-profit home for the arts as they, like other, have lost their main source of revenue: performance tickets.

Whether you wish to expose your children or yourself to a new artistic endeavor, delve into an imagined world to escape the pandemic-filled one we’re in today, or ensure that we will again be able to come together as one pulse of the same story amid the velvet seats of the theatre, South Coast Repertory and Segerstrom Center for the Arts give the opportunities to do just that.