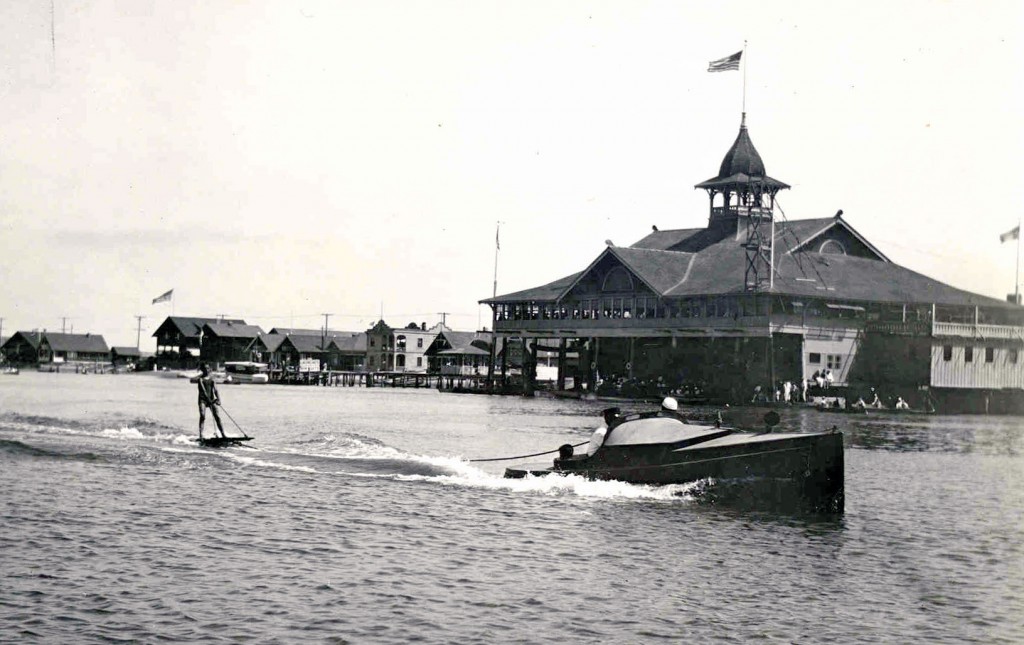 The momentary absence of “June Gloom” is a real attitude boost for me. As a true blue born Newport native, usually the sunshine guarantees me an upbeat day. This atmosphere usually causes me to reflect on the amazement of what a wonderful and unique area we live in.

Reflection normally allows me to remember growing up in a much less developed and less populated utopia of the fifties and sixties.

Before I was 12, north of the Coast Hwy. bridge was a “speed zone.” The five mile-an-hour speed limit only existed in what is now referred to as the lower bay.

During these times the bay was our playground. The pirate ship-looking, little tall ship the “Swift” was moored in front of the residence of its owner, actor James Cagney’s brother. At about this same time I was with my Dad when Bill Cagney told me that he used to yell at my Dad to get the h— off his boat when, as a teenager, my dad would swim out to the “Swift” from his nearby home and jump off the rigging.

Linda Isle was “Shark Island” and an empty sand pit. The former named island was appropriate and we kids could spend hours in the island shallows trying to spear the hundreds of stingrays and sand sharks from the family skiff.

Where Dover Shores is now was barren and that area north was the designated water ski and speed zone.

As Dover Shores was developed the speed and water ski zone was moved further north.

Those of us going to high school in the mid to late sixties knew we lived in special times. This was way before everything fun was illegal and subject to huge financial penalties.

A few of us played the game of ditching school and were always on the lookout for “Bring ‘em back Jack.” He was the Vice-Principal and responsible to catch those of us playing hooky. He was a former student at Harbor High and knew all the local haunts.

The most precious memories were the occasional times we were skiing in the Back Bay during school hours. It was mighty tough to participate in weather like Monday and Tuesday of this week and know the family 13-foot Boston Whaler with a 40-horsepower outboard engine was sitting at the dock not being used.

Almost every boating family had a Whaler during this era, and among other uses it was the family ski boat. Some of us would trade off, cut fourth period and be in the ski zone by 11:30. This would allow an hour of skiing, return the boat, and be back before the end of the school day.

There were many times we could count our blessings and realize what a very special place this was to grow up in.