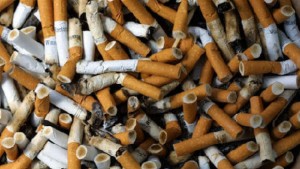 Despite the Neanderthals I encounter when driving, I believe there is certainly an evolution going on in our bodies at such a subtle level that allows us modern humans the chance to adapt for good and alas for bad.

The ability of the human body to adapt is truly phenomenal, such as the way someone can eat 50 hotdogs in one sitting for a contest and still awake the next day to do it again; or a person that has never drank a glass of water still walking and talking and breathing. And the way someone young or old, man or woman, can still be standing as they suck it in.

My first amazement starts with the body being able to withstand over 4000 chemical compounds, some known to be carcinogenic, others simply poisonous, bombarding the blood stream instantly after inhaling a cigarette one, ten, twenty times a day. All the while the heart keeps beating, the blood keeps flowing and the organs fantastically keep functioning.

I realize the deadly effects of the chemicals are long range, a slow, evolving destruction on the living tissues of the body. There are studies after studies that pronounce the long decay as it follows a smoker’s life. So most people understand cigarettes are “bad,” yet the comprehension of what really goes on is definitely missing.

Chemicals found in cigarettes include tars and nicotine along with gases such as carbon monoxide, nitrogen oxide and hydrogen cyanide. The minute a smoker lights up, chemical changes erupt inside the cigarette to create gases such as hydrogen cyanide that in turn reacts with other chemicals to create the other four thousand or so harmful substances that get sucked directly into the body.

Yes, that’s right, cyanide, a chemical listed on the government’s Centers for Disease Control and Prevention website stating, “Hydrogen cyanide is a systemic chemical asphyxiant. It interferes with the normal use of oxygen by nearly every organ of the body.”

But wait, a cell’s energy (via cellular respiration) is dependent on the action of oxygen. Hmm. And yet the heart pumps it blood and the lung breaths its air and the body stays its course, adapting to the slow poisonous leak into its cells.

Nicotine. Most everyone knows about this addictive substance. It primarily acts on the nervous system, causing the heart rate to increase and blood pressure to elevate. And oh, about 90 percent of the nicotine inhaled through the cigarettes is absorbed into the bloodstream. But those tiny blood vessels laced throughout the lungs should be transporting oxygen yet are forced to transport thousands of nasty chemicals to the cells instead. And that includes brain cells, cells in the spinal cord and cells in the peripheral nervous system.

Nicotine depresses the production of saliva (think tooth decay), constricts the air passages in the lungs (think bronchial – cough, cough – tubes) and increases cholesterol levels in the bloodstream (think hardening of the arteries) besides being highly physiologically and psychologically addictive.

And here again much to my surprise the heart still pumps its blood and the lung breaths its air and the body stays it course, adapting to the slow poisoning that is leaking into its cells.

Carbon monoxide, a deadly gas, is a poisonous pollutant that is also found in automobile exhaust. It takes the place of oxygen by hitching a ride on red blood cells, thereby making oxygen less available to muscles, brain, heart and other organs.

So what happens? The heart must pump harder and the lungs breathe faster so an adequate supply of oxygen reaches the cells.

How long can a body sustain and adapt to such abuse? Again, I am amazed at how many years a smoker can steal from its body before the body says enough, the breakdown rapidly ignites and the methods for adapting sadly runs its course.