As we prepare to turn the page over to a new month, it is once again time for an Under Cover Book Club session to be called to order.

After having taken a trip back to the colonial era last month with Nancy Turner’s “My Name is Resolute,” I decided that something a little more contemporary was in order for this month’s selection.

The beauty of the book club is that I need go no further than my own reading “wish list’ to find an appropriate selection each month. So many books make their way onto my list, that I am armed at a moment’s notice with a title for any occasion, and am hampered only by not having enough time to possibly read them all.

I imagine these titles sort of like minor league baseball players, languishing away in a Triple-A club, just waiting to be given the nod to come up to the bigs.

June’s selection, however, can in no way be called a rookie. Written by accomplished author, Chimamanda Ngozi Adichie, this month’s pick, “Americanah,” is sure to hit it out of the park.

I first became aware of Adichie several years ago, when I read one of her previous novels, “Half of a Yellow Sun,” which documents the attempt of Biafra to become an independent republic during the Biafran War (also known as the Nigerian Civil War) in the 1960s.

I loved her rich description of the Nigerian people, and her ability to beautifully portray both the hope and despair

of a people struggling to maintain their own cultural identity.

So, when I saw a couple of years ago that she had a new work being released, it was immediately added into my queue, and I am excited to finally have it sitting on my bedside table.

In “Americanah,” we meet Obinze and Ifemelu, two Nigerian students who fall in love in a Nigeria under military rule. As was the case for many of their contemporaries, Ifemelu and Obinze attempt to leave Nigeria for the greener pastures of the Democratic West. Ifemelu is the first to leave, on a student visa, to study in the United States, with a plan for Obinze to follow.

Unfortunately 9/11 occurs, and the American borders are slammed shut to immigrants, leaving the young people to be separated, and Obinze to chase his fortunes across the pond in England instead.

As Ifemelu arrives in America, she is forced, for the first time to consider her own identity as a Black woman. Following her assimilation into a white culture, the book takes a look at racism in America, as well as the perceptions of immigrants, both before and after they become a part of our society.

As Ifemelu finishes her education, she begins to write a blog, documenting her observations and experiences as an immigrant. She calls her blog, “Raceteenth or Various Observations About American Blacks (Those Formerly Know as Negroes) by a Non-American Black.”

In her posts, she tackles many sensitive topics, such as her relationships with her paramours, both black and white, and how she feels she is received by both of their peer groups, as well as how many African-Americans have a misplaced reverence for an Africa they never themselves knew.

Being as the author is a young woman who also came to America from Nigeria as a student, one can only assume that many of Ifemelu’s observations are indeed Adichie’s as well.

Above all else Adichie strives, with her writing, to always convey a total story, complete with its many layers. In her TED talk, “The Danger of a Single Story,” Adichie says, “The problem with stereotypes is not that they are untrue, but that they are incomplete. They make one story become the only story.”

In “Americanah,” Adichie tells us the whole story within a single story: young idealist, struggling immigrant, successful blogger, and returning patriot, fired up with a passion for her country and culture.

I can’t wait to read the tale her story will tell. 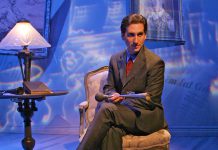