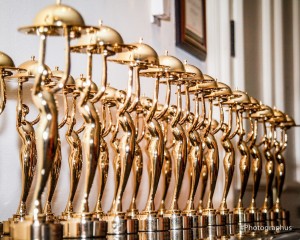 Now is your chance to vote on those and other categories in the annual Golden Foodie Awards.

Established several years ago by the OC Restaurant Association, the Golden Foodie Awards celebrates the culinary arts in Orange County by letting the public vote for their favorites in 15 categories, which have been revised and condensed for 2017.

Voting for the Golden Foodie Awards began August 5. There are two weeks to vote.

The Golden Foodie Award’s celebrates chef driven concepts. For a chef-driven, multiple unit / chain restaurant concept to qualify for a Golden Foodie Award nomination, the entity must have no more than a maximum of three units in the United States operating under the same name with a similar menu.

Voting multiple times will not help anyone win. There is only one vote per IP address, votes are filtered by IP address.

Winners will be announced at a red-carpet gala on September 24 at The Marriott Hotel & Spa in Newport Center.

A Lifetime Achievement award is voted on by the Guild (an advisory board of culinary leaders), with the recipient announced on September 24.

To cast a vote, visit goldenfoodieawards.com/vote.html.