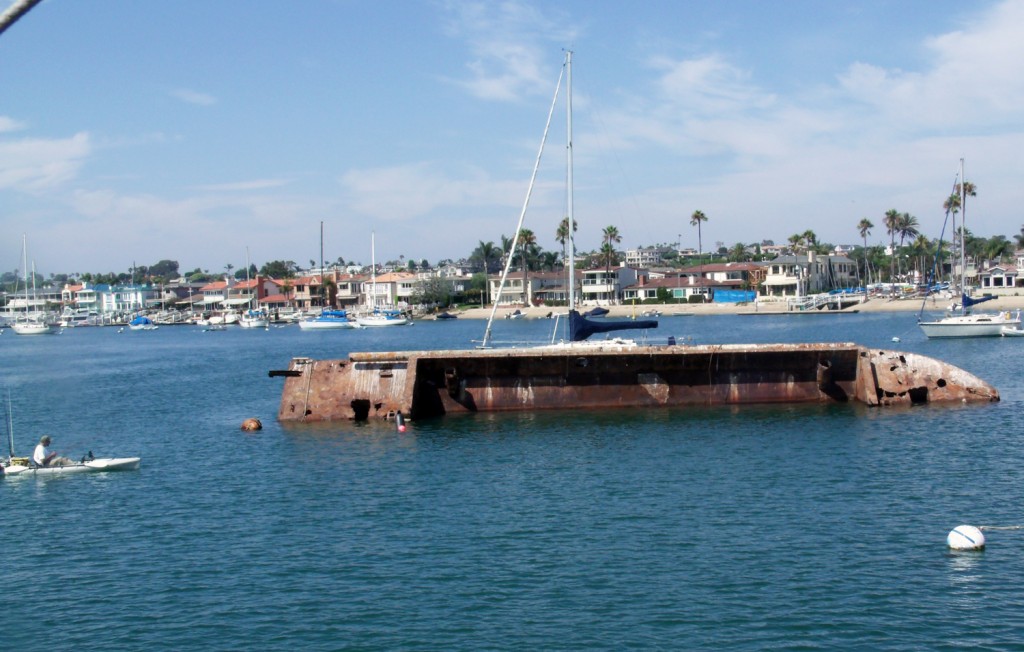 Most people don’t know that we have two feet of toxic muck throughout the bottom of Newport Bay.

I was on the harbor last Friday afternoon and was astonished to see the dredge barge owned by Shellmaker sunk and laying on its side in the harbor (see photo).

I immediately called the Harbor Department and was informed that it had been sunk for more than a month, and any additional information should be obtained through the City Harbor Resources Deptartment.

I called and was informed that the person I needed to talk to was on vacation and any necessary information could be achieved through Harbor Resources Director, Chris Miller, who I have known for many years since he was hired.
Chris confirmed that the barge had been sunk for more than a month and that owner, Lisa Miller, was working on raising the vessel.
Allowing any vessel, especially this dilapidated barge, to sit on the bottom of the bay and pollute the water that the city says is “super clean” is outrageous for even one day, one week, and especially more than a month.  This barge has been dilapidated for more than 15 years, which violates city council policy and mooring permit procedures.

I am seeking comment from the Mayor, City Council members, City Manager, Water Quality Control Board, State Lands Commission, Coastal Commission, and the Army Corps of Engineers. These are a few of the governing bodies who have deeded control of Newport Harbor.

Past personal experience of polluting the bay, even on a small scale, are cause for monetary penalties which the Harbor Patrol has told me in the past are unlimited and should be hundreds of thousands of dollars.

P.S.  I’ve included a second photo shows an additional dilapidated small barge ready to sink covered in bird crap that when sunk would also pollute the bay as the larger one 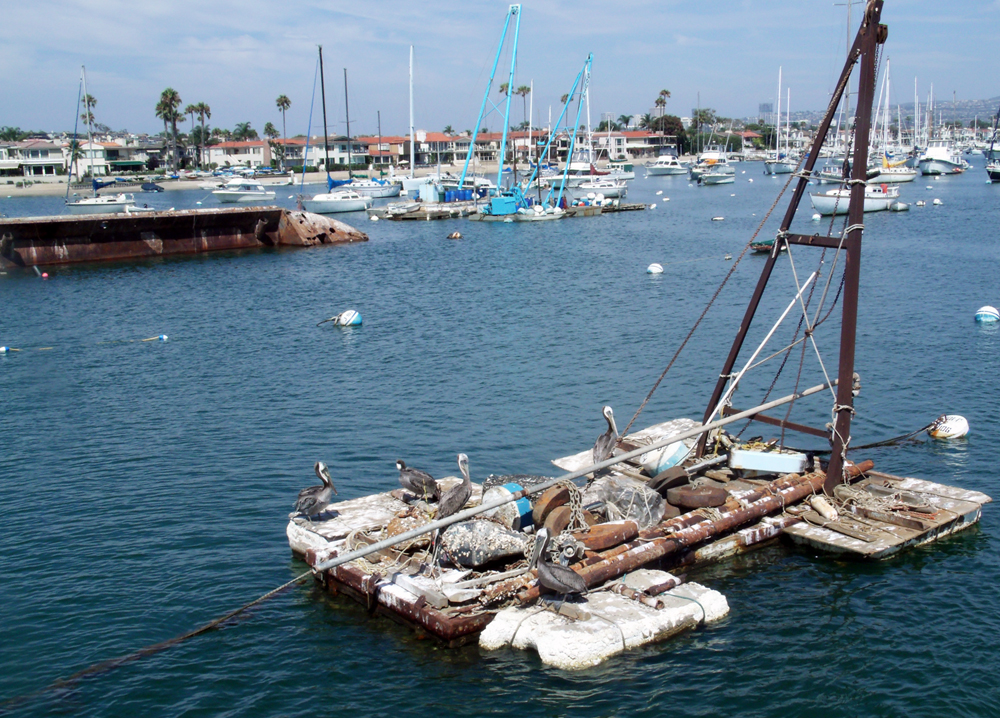