At its annual meeting, Bahia Corinthian Yacht Club (BCYC) in Newport Beach announced that Kari Konapelsky has assumed the role of Commodore for BCYC for 2022, effective December 1, 2021.

A member of the BCYC since 2007, Kari has served on the BCYC board for the past three years as a Flag Officer and prior to that as the Activities Committee Chair.

Kari and her husband Staff Commodore Paul Konapelsky (2014) own a 41-foot power boat named KONA KAI and are active participants in club cruising. They are recent participants in the 2021 BCYC Invitational Navigation Rally.

“I am honored and enthusiastic about assuming the role of Commodore at BCYC, aptly named the ‘friendliest club on the bay,’” said Kari. “My goal is to enhance our member club experience as it has become a true second family to us all, through support of family and loved ones in recent difficult times as well as times of celebration. Our emphasis will be placed on bolstering membership and promotion of the club, as well as commitment to excellence on and off the water in these transitional times.”

As Commodore, Kari will oversee the club commitment to advancing near-term and long-range strategic plan goals. In addition, in its continuing efforts to maintain a premiere facility, she will oversee ongoing club improvements and enhancing the club experience. 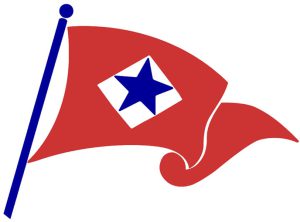 Kari is a sculptor and potter who originated and sustains the club Member Art Show. Kari had been honored by the club in 2010 as club Woman of the Year; in 2011, 2012 and 2013 as co-recipient of the Commodore Domanski Perpetual Award for Outstanding Contribution as a BCYC Chairperson; and as a co-recipient in 2011 and 2019 of the Officers and Directors of 1962 Award of Merit for Outstanding Service to the Club. In 2021, Kari was named co-recipient of both the Showboat Outstanding Cast Member and the boating Pleasure Cruising Perpetual awards.

Kari holds a Bachelor of Arts degree and has had a career in modeling and various product ad campaigns, and as a photo stylist for Mattel, Disney Corporation, Staples Center and Dodger catalogs.

Bahia Corinthian Yacht Club was founded in 1958 and is celebrating its 63rd anniversary this year. The Club offers a family atmosphere where power or sailboat owners share a first-class facility offering comfortable amenities and a well-rounded calendar of events. The Club was named Club of the Year by the Southern California Yachting Association in 2011, 2008, 2005, 2003, 1996, 1995 and 1994.