A trio of Orange County museums have been awarded $100,000 each by the Getty Foundation to participate in the Getty’s next Pacific Standard Time (PST), an ambitious range of exhibitions and public programs scheduled for 2024 that explores the connections between the visual arts and science, from prehistoric times to the present and across different cultures worldwide.

This iteration is a collaboration of dozens of arts institutions across Southern California. A trio of Orange County museums have been selected to receive research grants of $100,000 each, leading to their participation in PST: Laguna Art Museum, Orange County Museum of Art, and Beall Center for Art + Technology at University of California, Irvine.

Particles and Waves will examine how concepts and technologies from subfields of modern physics impacted the development of abstract (or non-figurative) styles of artwork in postwar Southern California.

Beginning in the 1920s and 1930s, scientists at institutions near Los Angeles including Mount Wilson Observatory, the California Institute for Technology, and the Jet Propulsion Laboratory in Pasadena generated groundbreaking experimental research in astronomy and particle physics. During and after World War II, the region remained at the forefront of scientific inquiry in theoretical physics and its applications within aerospace engineering, industrial manufacturing, and communications technologies.

Between 1945 and 1980, many artists in Los Angeles produced non-figurative artworks while closely engaging with scientific ideas, mathematical theories, and materials or processes derived from physics and engineering. Particles and Waves unites several generations of artists working in diverse materials and styles to examine how scientific advances in modern physics inspired a range of abstract artworks by practitioners concerned with light, energy, motion, and time.

The Pacific Ocean is the world’s largest body of water, comprising more than 30 percent of the earth’s surface. It is also the site of some of today’s most pressing environmental challenges. Increasing water temperatures and acidity are destroying coral reefs and fisheries. Rising sea levels are displacing coastal communities. And plastic pollution is threatening marine life and air quality.

Sea Change will showcase the works of artists who respond to these urgent ecological crises, sometimes in collaboration with ocean scientists, not only to raise awareness, but also to inspire positive change and sustainability. By encompassing the entire Pacific Ocean region, the exhibition will include artists working in diverse environments from Asia and Oceania to South America.

For example, Paul Rosero Contreras of Ecuador collaborates with marine biologists to produce videos and installations documenting the effects of ocean acidification on the Galapagos Islands. And Australia’s Reef Design Lab creates relief sculptures that latch onto existing seawalls to encourage colonization by marine species and improve biodiversity. 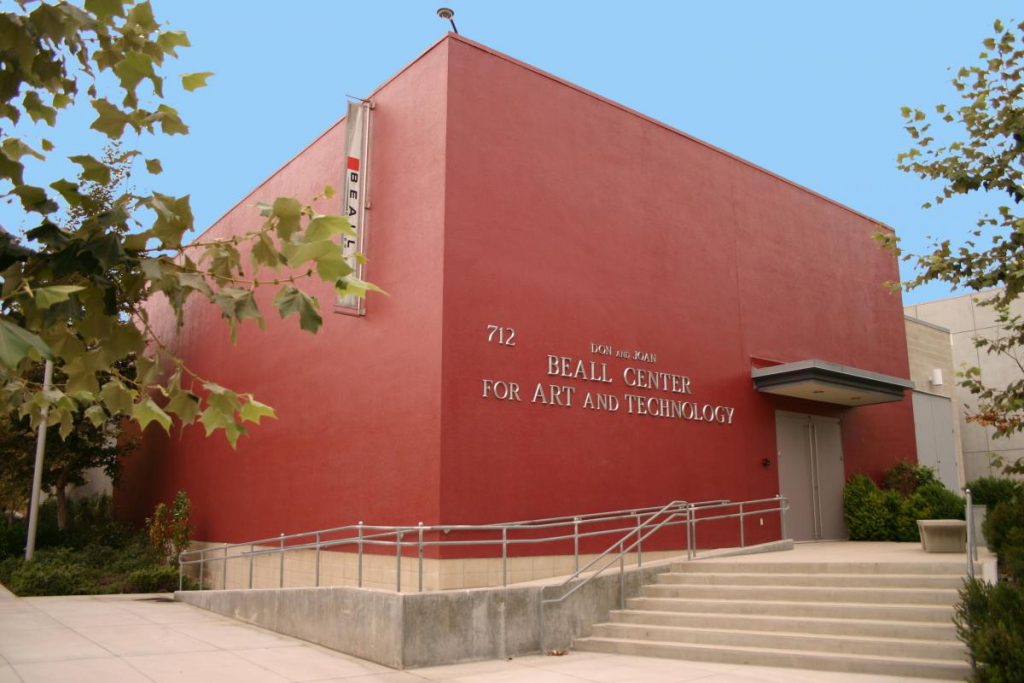 Future Tense: Art, Complexity, and Predictability explores the nexus between complex systems in contemporary art and science and how techniques of forecasting are used to model predictions in diverse sectors, from the economy or the climate to pandemics. In the early 20th century, concurrent movements in art and science—such as Surrealism and quantum dynamics—investigated randomness, indeterminacy, and unpredictability.

These ideas anticipated Complex Systems Theory, which employs scientific resources such as large data sets, algorithms, and machine learning to understand and predict social problems. Since the 1960s, artists have incorporated these complex models into their practices.

Future Tense: Art, Complexity, and Predictability will feature emerging and established contemporary artists who use methods such as computer modeling and big data to probe the limits of chance and certainty. For example, Lynn Hershman Leeson uses algorithms, performance, and projections to make visible racial profiling techniques used by law enforcement.

Pinar Yoldas’s work combines biological, environmental, and social science research to suggest potential or alternate pathways of evolution. For the exhibition, the Beall Center for Art + Technology will also invite artists to its Black Box Projects residency program to collaborate with UC Irvine researchers and professors on their work for the exhibition.