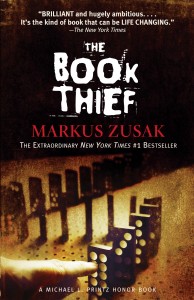 Maybe it’s because my life has been dominated by my children’s football schedule for the last three months, and I’m a little hungry for a good flick, but it seems like some really great movies are on the horizon.

As we all know, a bumper crop of good movies started their storytelling lives as good books. More and more often, it seems, if there is an “it” book out there, you can bet that it will soon enjoy a reincarnation on the big screen.

I’m definitely a read-the-book-first kind of girl. In print, the story is so much richer, the characters more developed, and the plot doesn’t have to lend itself to anyone’s oversized ego, or cater to good camera angles. That being said however, some of our greatest cinematic triumphs completed their own act one as words on pages bound between two covers.

Most people have had two of this month’s big releases on their radar for some time. “Ender’s Game,” the film adaptation of Orson Scott Card’s classic young adult novel in which government agencies breed prodigies and train them as soldiers poised to fend off an alien attack, is currently in theaters.

While these two blockbusters have already had their fare share of publicity, here is a look at some of the more promising book-to-movie adaptations heading our way, which you might not be as familiar with:

Releasing this month, is “The Book Thief,” based on Markus Zuzak’s novel by the same name. Set in World War II Nazi Germany, the story follows Liesel, a foster child with a penchant for stealing books, which she then shares with her neighbors, who are all trying to scratch out a life under Hitler’s nightmarish rule. What makes this tale unique, however, is that it is not told by Liesel herself, but rather is narrated by death, as he goes about the business of collecting his charges – a brisk business at that, considering the times.

In another, totally different WWII story, director George Clooney will bring us the movie adaptation of “The Monuments Men: Allied Heroes, Nazi Thieves, and the Greatest Treasure 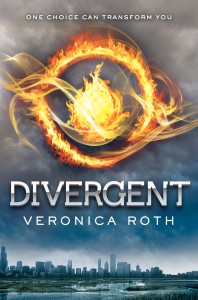 Hunt in History,” by Robert M. Edsel, and Bret Witter. The film version, opening in early 2014, boasts a shorter title, simply “The Monuments Men,” as well as a stellar cast.

It, like the book before it, will recount the tale of the Allied effort to mitigate combat damage to European monuments and artwork, and to reclaim the artwork stolen by the Nazis, returning the pieces to their rightful owners, and thus helping to preserve Europe’s rich cultural history.

This special force was made up of museum directors, curators, and art historians hailing from 13 nations. During the crucial period between D-Day, and V-E day, however, only a handful were active, and this is their story.

Also hitting the theaters in 2014 is “Divergent” the first film in a trilogy, all based on the books by Veronica Roth. “Divergent,” widely regarded as the next “Hunger Games,” introduces us to Beatrice, a young girl living in a dystopian society. In her world, the population is divided up into five factions, with each responsible for cultivating a particular virtue. Each year, all 16-year-olds must choose the faction they will devote themselves to, and set out upon a grueling initiation process. For our heroine, this means deciding between staying with her family, or honoring who she truly is, and choosing accordingly.

This promises to be a blockbuster of epic proportions. And, while comparisons to that other trilogy abound, this one remains love triangle free. So, Instead of Team Peeta, or Team Gale, I guess we’ll all have to agree to be Team Tris this time around.

With a few months to spare, readers should be able to catch up with next year’s releases, in plenty of time to enjoy both the book and the movie.  In fact, why not give Santa a break, and slip one of these great reads into your own stocking this year?