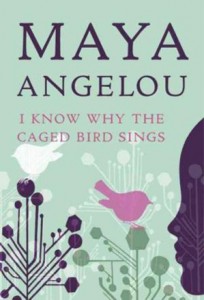 It’s book club time again, and while I have had a book selected, purchased, and waiting on my shelf for the last few weeks, ready to enjoy with all of you this month, recent events have made me reconsider.

Last week, we lost one of our preeminent American voices when renowned poet and author, Maya Angelou, passed away at the age of 86.

A brilliant teacher and writer, and tireless crusader for human rights, hers is a voice that, while gone, will live on for the ages through her voluminous works and unending wisdom.

Angelou’s story is a fascinating one indeed. Born Marguerite Johnson, she started life in St. Louis, Missouri in 1928. As her story unfolded, it would take her from St. Louis to Arkansas, California, New York, Egypt, and Ghana.

Angelou would become many things, among them the first female African-American cable car operator, a fry cook, a prostitute, a dancer, a singer, the Northern Coordinator for the SCLC, a professor, and of course, a writer.

Her works would come to include seven autobiographies, countless works of poetry, essay collections, cookbooks, children’s books, and even plays and screenplays. It is this month’s selection, however, for which she is perhaps best known.

So please, allow me to introduce you to the book club book for June, “I Know Why the Caged Bird Sings,” by Maya Angelou.

Drawing praise and criticism in tandem, this book has had a lengthy run on both high school required reading lists, and banned books lists as well. Published in 1969, this was Angelou’s 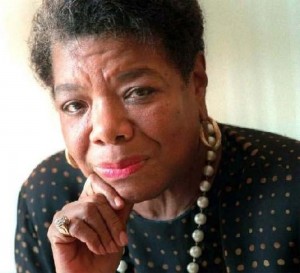 first volume of autobiography, and covers her early life and young adulthood.

When her parents divorced, Angelou and her older brother, ages three and four, respectively, were sent on a train – alone – from St. Louis, Missouri, to the small town of Stamps, Arkansas to live with their grandmother.

Here, they absorbed not only the discrimination suffered at the hands of the town’s white population, but also the faith and love of the tight-knit black community. She has credited this feeling of belonging with getting her through the unimaginable tragedy that lay just around the corner.

Several years later, while living again with their mother in St. Louis, Angelou was raped by her mother’s boyfriend. After telling family members of her assault, the perpetrator was arrested, and subsequently murdered, likely by Angelou’s uncles.

Feeling that her voice had caused this man’s death, Maya became afraid to speak, and was essentially mute for the next five years. During this period of silence, Angelou began to cultivate her inner voice, becoming a lover of literature, and a keen observer of the world around her.

She said, “During those years in Stamps, I met and fell in love with William Shakespeare. He was my first white love.”

It was this period of both inner and outward reflection, no doubt, that shaped her ability to so eloquently pen the words that would come to share not only her own experiences, but her hopes and dreams for the world as well.

“I Know Why the Caged Bird Sings” closes when Angelou is 17, but her story doesn’t end there. She continued to enlighten us through her writing, right up to her final days, as she worked on yet another autobiography.

Widely regarded with being an authoritative voice on the African-American experience, Angelou was also simply wise about life.

Through her writing, Angelou made us all feel as though we were able to share her experiences with her. I hope you will join me in paying homage to one of the greats, as we revisit her words this month.