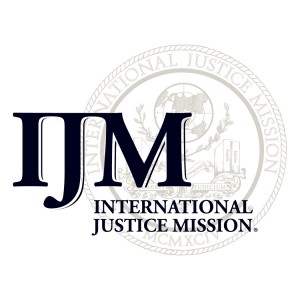 “While some encouraging progress has been made in reducing some of the most extreme forms of poverty in the word, the fight against global poverty is threatened with stalling out,” explained Gary Haugen, the founder, president and CEO of International Justice Mission (IJM) and author of “The Locust Effect,” as he spoke to 450 people recently at the Balboa Bay Resort. “The number of people in our world trying to live off two dollars a day is the same as it was 30 years ago, and that’s about two billion people. Why are these billions in the developing world not making their way out of poverty? One fundamental factor is the problem of violence.”

“The hidden plague of our era that is quietly devastating the hope of the poor is the relentless way the average poor person in the developing world is threatened with being enslaved, imprisoned, beaten, raped or robbed,” he continued. “If we do not decisively address the plague of everyday violence that swarms over the common poor in the developing world, the poorest will not be able to thrive and achieve their dreams – ever.”

IJM is a human rights agency that brings rescue to victims of slavery, sexual exploitation and other forms of violent oppression.

The four categories of violence in the developing world that IJM focuses on are: gender violence against girls and women; slavery; police abuse; and violent taking of land. Their mission is: “To rescue thousands, protect millions and prove that justice for the poor is possible.”

“We know what needs to be fixed because we are in the details, conducting undercover investigations, rescue operations and criminal prosecutions,” Johanna Tropiano, IJM Director of Strategic Partnerships, explained to the sold-out crowd. “At IJM, we Rescue, Restore, Restrain and Repair.”

Tropiano introduced a real life example of one of IJM’s success stories when she brought Amita to the stage.

“One additional ‘R’ is to Remember the stories,” Tropiano said. “Amita was trafficked, rescued and restored in our aftercare. She now works for IJM in India.”

“It has been a very long journey for me to get here,” Amita said. “The situation of thousands of girls who are trafficked is a very real issue. There needs to be a stop. Now I am involved in the work of rescuing girls and there is no greater joy for me. We are so grateful for your support.”

“It was an amazing evening,” said Newport resident Lucie Moore, who chaired the event. “There was great energy and excitement in the room. So many people aren’t aware of the magnitude of the problem of modern day slavery and were shocked. I’m involved in IJM because it’s an outstanding and unique organization and as a lawyer I’ve always had a passion for justice. God is a God of justice and the way that God shows His love to the world is though His people showing love to others. Ending violence against the poor is a movement that everyone, regardless of their beliefs, can and should join in because it’s our responsibility to help and to be the voice of those less fortunate.”

For further information, go to ijm.org.