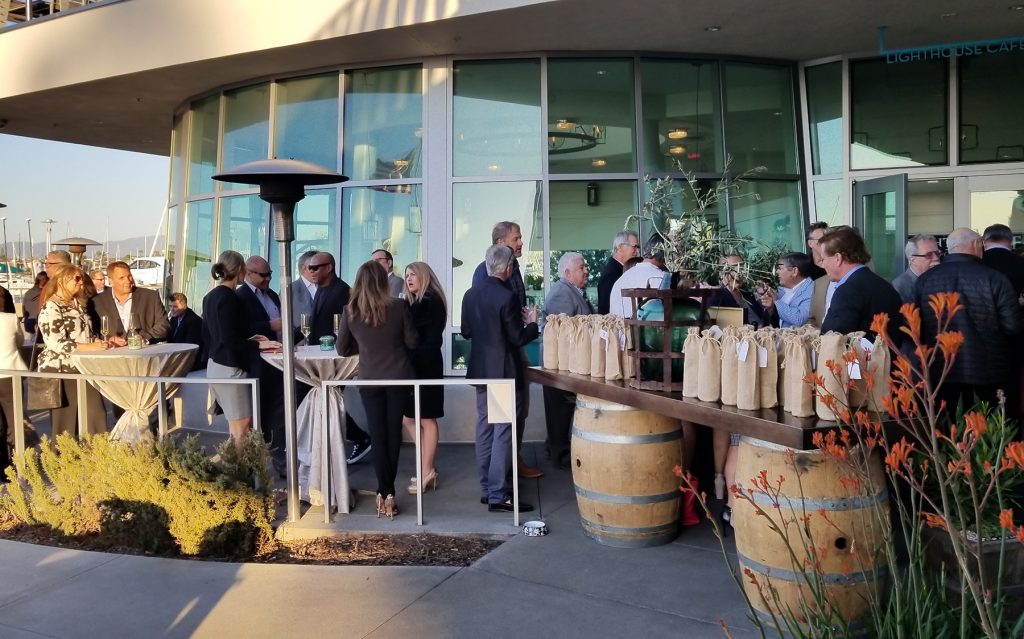 Former Rams quarterback Vince Ferragamo has been making wine on his Orange County estate for several years, and has been helping to host Ferragamo wine dinners at local restaurants. 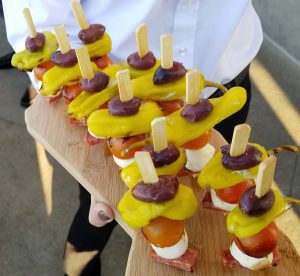 Last month, he and Doug Cavanaugh (founder of Ruby’s) teamed up on a wine pairing dinner at Cavanaugh’s Lighthouse Bayview Café restaurant on Balboa Peninsula. 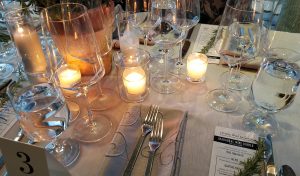 It was the first wine dinner to be hosted at Lighthouse, and hopefully not the last. Fellow foodie Shelly Zavala and I were lucky to be invited to the sold-out affair, which began with glasses of champagne and tray-passed appetizers on the patio (a little chilly since the restaurant is steps from the harbor, but still enjoyable).

During the reception, we invested in a wine-pull opportunity with the proceeds going to the Ruby Dooby Foundation.

Once inside the restaurant, we made our way to our table and perused the four-course menu created by chef Ryan Sumner. 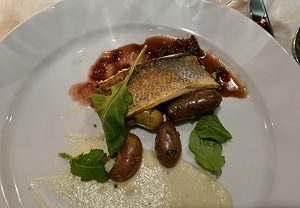 We started with spaghetti accompanied by Amici 2013 reserve pinot, followed by sautéed branzino with Ferragamo chardonnay. 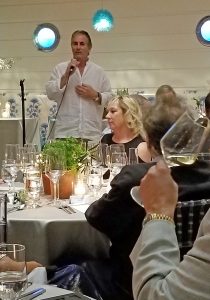 Next came slow braised osso bucco with mascarpone polenta accompanied by Ferragamo super Tuscan, and then cherry semifreddo with a delicious homemade limoncello.

In between courses, Vince talked about his wines, and Doug discussedd the Ruby Dooby Foundation, which supports organizations that are dedicated to the health and well-being of children.

To keep tabs on other fundraising dinners, visit RubyDoobyFoundation.org and Rubys.com.