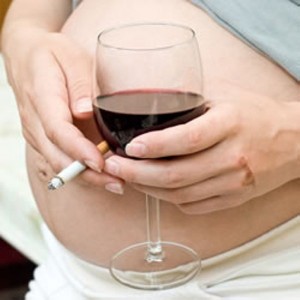 With all the hullabaloo about the Affordable Care Act (which I find is a misnomer, but that’s for another column), I finally decided after listening to the plethora of negativity surrounding the reality of the law, the flailing government website and the impending implosion of it all, that I had better find something redeeming in it and apply it to my own life or go crazy trying to understand something that isn’t making a whole lot of sense.

By doing so, I hope to find a way to retain the freedom that the government seems so hell-bent on taking away from us with laws like ACA – I may not like it but I can still choose how to view it.

So I tried looking at the ACA from some different angles, not get sucked in to the pessimism. I queried friends, both likeminded and not so much and it has helped, somewhat.

While I found some great anecdotes for and against ACA, the reality is, even the government doesn’t know how the free market – which includes the insurance companies, health care providers, hospitals, and consumers – will react in the long haul. We are being forced to hang on and hope for the best as it relates to the impact on our lives and its obvious why that makes many justifiably uncomfortable.

And what about personal responsibility when it comes to ACA? How can a system already overtaxed by bad behavior and poor choices help persuade those who will benefit in understanding their role in our society and how individual choice impacts us all.  (Before I get a ton of hate mail on the subject, let me just clarify that this is but one of the many issues about the ACA I find perplexing.)

My initial reaction to ACA was its imposition on our freedom and dismay that we would be forced to pay more in to a system that is not taking in to account the many human conditions that have a profound effect on our health care system.

Because we live in a free society, anyone can opt out of personal responsibility when it comes to how it affects their health. We can chose to take illegal drugs, have unsafe sex, get drunk, eat foods that are downright toxic, smoke cigarettes and engage in a slew of dangerous behavior too lengthy to list.

Hey, if you want to jump out of a perfectly good airplane, I say go for it! But if things go badly, or you decide to smoke some pot before you jump, should others have to pay the price? Perhaps if there were consequences to certain choices, people might think twice about them?

Is it really benevolent to enable bad behavior by “fixing” its affects on our society and the healthcare system? Obviously I’m being sarcastic when it comes to the plane scenario. But I think the question must be asked, is personal responsibility being factored in to the ACA?

As an example, all one has to do is take a look at some of the stuff people post on Facebook and one tends to think not. Why else do insurance companies use Facebook as a tool when measuring risk and who they will or won’t cover?

Those who are truly not able to care for themselves – the sick or mentally ill, the very young and our elderly citizens – can rely on many existing government, religious, private and non-profit support for help.

Taking care of each other is a great American tradition. I believe that those who are unable to care for themselves should have a safety net and should be cared for. What does not seem appropriate in a free society is to make others pay for those who have learned to take advantage of those safety nets. The intent is to help those who genuinely need it, not who have outsmarted a flawed government system and do not feel they should be held accountable for making bad choices one way or another.

I’ve decided that the one good thing about the ACA dilemma is that it will make some of us more conscientious of the choices we make. Staying as healthy as possible and out of the ACA loop as much as possible is rising to the top of my own personal priority list.

We may have to live with the frustrations of the ACA, but at least we are free to choose how our own personal choices impact the big picture and the good that can result in doing so, and that’s a great freedom indeed.